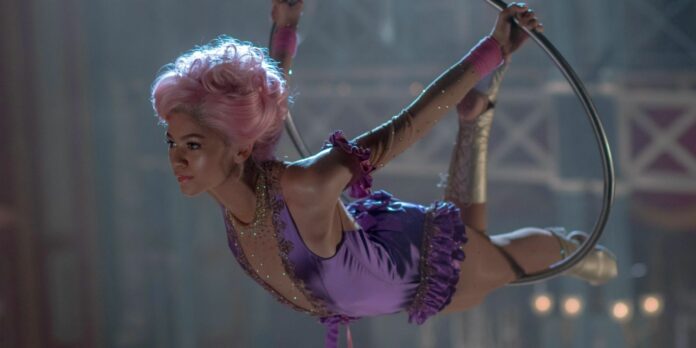 Zendaya trained for three months for her role in the upcoming tennis-themed romantic comedy Challengers, directed by Luca Guadagnino.

Zendaya trained for three months for her role in the tennis-themed romantic comedy, Challengers. After becoming famous in Disney Channel sitcoms Shake it up! and KC UndercoverZendaya is now best known for her role as MJ, Peter Parker’s love interest, in the Marvel Cinematic Universe’s Spider Man trilogy and as Rue Bennett, a teenager struggling with drug addiction, on the HBO series Euphoria. The teen drama is responsible for making Zendaya the youngest recipient of two Primetime Emmy Awards for Outstanding Lead Actress in a Drama Series.

Last year, Zendaya made her debut as Chani in Denis Villeneuve’s Dune. Despite having limited screen time, she will return for a bigger role in the sequel due out in November 2023 Dune: part twoZendaya has another release planned for next year: Challengers. From call me by your name director Luca Guadagnino, the romantic sports comedy follows the character of Zendaya, who becomes entangled in a love triangle with two fellow tennis players played by West Side Story‘s Mike Faist and The crown‘s Josh O’Connor.

During a recent interview with Variety at the Academy Museum Gala, Guadagnino teases his upcoming movie. The Challengers director commends his cast, especially Zendaya, for enduring three months of rigorous training for the tennis film. Read what Guadagnino says below:

She is amazing. I mean, wow. We edited the film and we use almost nothing of her double. She’s so good. They worked very hard for about three months. Everyone – technical, athletic.

Challengers is another role for Zendaya

In recent years, Zendaya has become known for her roles in the relentlessly explicit teen drama Euphoriathe MCUs Spider Man trilogy and the sci-fi epic Dune. Challengers is a significantly different role for Zendaya as she plays a tennis player turned coach in what could be a very unique romantic comedy. Challengers should be lighter than Dune and Euphoriaand it will allow Zendaya to be in the spotlight more than the Spider Man do movies. However, the young star approaches the project with the same kind of preparation as for any other role, by completing three months of tennis training. This only highlights her impressive work ethic.

Together with Zendaya, Challengers is a different project than what Guadagnino is used to. The Italian director’s recent works include the romantic drama call me by your name and the horror remake Suspicion. His most recent film, Bones and everything, is an amalgam of romance and horror. Guadagnino has now taken a completely different direction with the romantic sports comedy, exemplifying his ability to work within any genre. With a dedicated young star like Zendaya on board and an acclaimed director like Guadagnino at the helm, Challengers should be an interesting project to keep an eye on in the coming months.

Next: Euphoria Season 2 Proves Just How Awesome Zendaya Really Is