Will James Gunn Being Fired From Marvel End Up Saving DC? 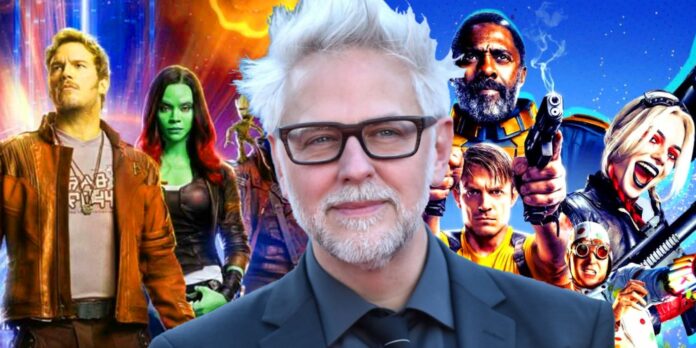 James Gunn Being fired from Marvel Studios in 2018 became a blessing in disguise for his future career at DC Studios, and he could end up saving the DCEU. After his first run with Marvel ended, he made the move to DC and developed The Suicide Squad movie and the peacekeeper series for HBO Max. After Disney rehired him to direct Guardians of the Galaxy Vol. 3 (and The Guardians of the Galaxy Holiday Special), called Warner Bros. Discovery Gunn and producer Peter Safran to become the new co-heads of the DC Extended Universe. Covering DC’s creative side, James Gunn will be DCEU’s Kevin Feige and foresee the future of DC’s entertainment franchise through his exclusive deal with Warner Bros. The DCEU certainly hasn’t had the best track record since it debuted in 2013 with Man of Steel. Many of the films received negative critical acclaim and audience reception, although the box office performances for some of these films were sublime. Gunn now has the chance to bring a level of success to the DCEU that their competitor Marvel Studios has already achieved.

Now that James Gunn oversees the future of projects at DC Studios, he can focus more on storytelling and developing characters that were previously lackluster. Gunn is a master at introducing characters that were relatively unknown to the mainstream audience and making them household names. James Gunn can save the DCEU by embracing elements of his movies that are proven to work. Both Guardians of the Universe and The Suicide Squad had characters with a lot of depth that eventually found a purpose. It’s the idea that Gunn can expand on character storylines and make the audience really care. The director can develop newer projects that continue to introduce brand new and obscure characters, but he can also focus on telling more interconnected stories in the long run. DC now has a great opportunity to spend more time developing their long-term projects, as Marvel Studios does.

Why James Gunn Was Fired by Disney

In the summer of 2018, a significant number of inappropriate tweets from James Gunn surfaced after more than a decade. The tweets were largely Gunn telling inappropriate jokes about sexual abuse, and many of them were deemed insensitive. Disney made the quick decision to fire him as director of Guardians of the Galaxy Vol. 3, which was scheduled for a May 2020 release, Marvel would still be allowed to use the script Gunn had written, but he wouldn’t be allowed to direct. The resignation of James Gunn sparked a huge outpouring of support for the director and cast of the… guards trilogy released a joint statement in hopes that Disney would hire him again. Numerous celebrities and media also came to the defense of Gunn

Although the decision was made months earlier, it was confirmed that James Gunn had been rehired to direct Guardians of the Galaxy Vol. 3 in the spring of 2019. However, the film would not be released for some time due to Gunn’s commitment to The Suicide Squad and the onset of the coronavirus pandemic in 2020. Disney thanked Gunn for handling the situation appropriately and not lashing out, accepted his public apology, and he continued to work on Full. 3 shortly after.

How James Gunn Got Involved With DC Films

Days after his firing from Disney, Warner Bros . hired Guardians of the Universe director to write a script suicide squad movie. After Gavin O’Connor, the sequel’s original director, stepped down, it was confirmed that Gunn was directing in early 2019. The Suicide Squad allows James Gunn to be himself while writing and directing thanks to his use of graphic violence, dirty humor and a killer soundtrack. Being given full creative control, he could essentially get away with anything he included in the film. An R-rated story worked extremely well for the DC team of antiheroes.

During the COVID-19 lockdown, James Gunn wrote a spin-off of The Suicide Squad titled peacekeeper, a series in which John Cena would reprise his role and explore the character’s origins and life after the film. Gunn wrote each of the eight episodes and directed five of them. The series was officially announced in September 2020 and made its streaming debut on HBO Max in January 2022. A second season has been green-lighted and Gunn is expected to write and direct again.

James Gunn may be the new co-head of DC Studios, but he also has several upcoming projects with the company. In 2022, it was announced that Gunn has a secret DC project in the works. There is also an Amanda Waller-focused spin-off that he will executive produce. In addition, he will now be involved in several other DC television shows and movies as co-chairman and co-CEO. Having creative control over film, television and animation at DC allows him to focus on well-received projects such as: Harley Quinn. He will also be able to rebuild the DCEU and hire filmmakers who share a deep passion for the projects they work on.

The DC Extended Universe is one of the many focal points that James Gunn should be working on. In addition, he can oversee the development of individual projects such as: Titans, The Batman 2and Static shock. His experience as a writer and director puts Gunn in a unique position to contribute to the stories other filmmakers want to bring to DC. James GunnThe best DCEU future is as a leader, not just as a contributor. His intuition and creativity bring a lot to the table, and Peter Safran by his side is beneficial due to his experience as a lawyer and talent manager. Safran has been working with DC for years, so this new partnership will bring many long-term benefits to DCEU and DC Studios.

Next: What If James Gunn Had Created The Suicide Squad In 2016?