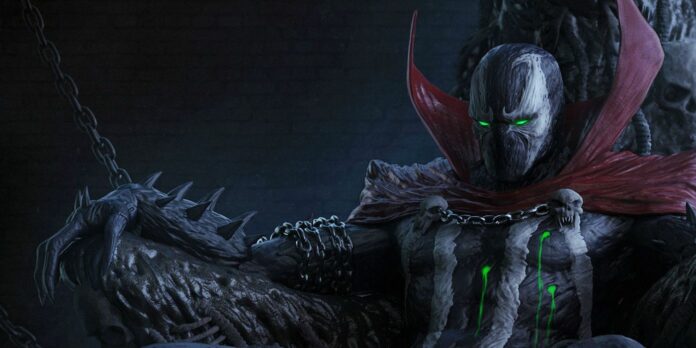 spawn creator Todd McFarlane has stated that he doesn’t want his character’s reboot movie to be dominated by special effects or computer-generated animation. The original spawn movie was released in 1997 and Hollywood is giving the demonic antihero a second chance on the big screen. A release date for the spawn film is not yet known, but the pace of development has recently accelerated.

Spawn is a product of neither Marvel nor DC, and runs under the third most prominent brand, Image Comics. The reboot movie has struggled to take off since joining Blumhouse Productions in 2017, but Jamie Foxx remained committed to starring as Spawn throughout the pre-production saga. The creative team brought in talented comic book minds to write the script in Scott Silver of joker fame and Malcolm Spellman, one of Marvel’s aces responsible for creating The Falcon and the Winter Soldier and currently in charge of writing Captain America 4.

Speaking from a booth at New York Comic Con, McFarlane discussed the vision behind the coming spawn film and posted his segment on his Instagram page. He explained that Silver and Spellman have a proven resume for writing comic films, but… spawn is a dramatic and narrative challenge unlike any existing story. Read McFarlane’s comments, shared again by GameSpotbelow:

“I’m more worried [about whether] if [Scott Silver] and Malcolm can do the drama. I know they can do the comic book, but everyone here wants to do something different when it comes to superhero movies. Nobody on our team wants to do a $200 million special effects spectacle. I made that move. I’ve seen that movie.”

Check Out:  Vin Diesel Looks Like 3D Rendering Of Biblical Adam & People Are Losing It

Why Todd McFarlane Is Right About Spawn’s Special Effects

McFarlane wants special effects to be used tastefully and sparingly, but that will be challenging because Spawn’s superhuman abilities are likely to exceed the limits of what is reasonable by practical effects. Foxx has the spawn movie costume, revealing the the character’s cape, a sentient weapon that feeds on the owner’s nervous system, would fill the screen as in the comic panels and animated series. The video effects for the original spawn film were mostly produced by George Lucas-created VFX house Industrial Light & Magic, and the late addition of VFX footage while the film was already in production resulted in a mix of both believable and questionable animation. McFarlane, who served as an executive producer on the first film and once fished out to direct the reboot, probably doesn’t want an unplanned VFX overload to repeat itself or the spawn characters to lean back on graphics.

While McFarlane hates Hollywood’s slow pace and overblown CGI, he’s well aware of another studio tendency: franchising comics after a successful launch. McFarlane previously said a spawn cinematic universe populated by its 300+ characters could be platformed as the spawn reboot resonates with viewers, finding success that other R-rated franchises like Deadpool and joker have found. The writers have only just been assigned to the film and key details such as the villain, supporting cast and official director are still unknown.