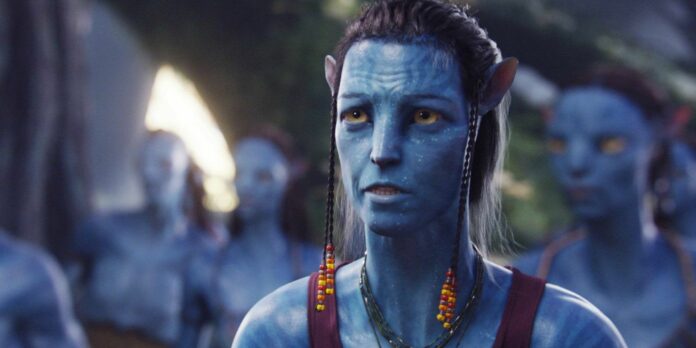 Avatar: The way of the water actress Sigourney Weaver told franchise creator James Cameron that she wanted to redesign the nuances of her character’s appearance to enhance the realism of the look. The first Avatar film was released in 2009 and marked a new era of competence in computer-generated imagery. The long-awaited Avatar: The way of the water arrives on December 16 as the first of four planned Avatar sequels, with many of the original actors reprising their roles or new roles.

Weaver played Dr. Grace Augustine in the original movie, but the character dies in the last act. Weaver, a long-time collaborator with Cameron, is in the sequel’s cast as a different character, this time as a teenage Na’Vi girl named Kiri. Kiri is one of four children of Avatar‘s main protagonists, human-turned Na’Vi warrior Jake Sully (Sam Worthington) and Na’Vi Princess Neytiri (Zoe Saldana). Weaver once said the plot is based on Cameron’s own family and his experiences as a father of four.

Related: Avatar 2 already sounds so much better than the first movie

In an interview with Vanity Fair‘s “Little Gold Men” podcast, Weaver explained the changes she was looking for Avatar: The way of the water appearance of the character. Despite being of a different species, Weaver told Cameron that she intended to bring the imperfections and insecurities of human adolescence to the new Na’Vi character. While the Avatar Story is set in the future, on a distant planet called Pandora, images show that Weaver’s humanizing suggestions were taken in kind. Read Weaver’s full comments below:

“I had a conversation with Jim about this very early on, and he was already very committed to this kind of character, but who she was, what she was about was something we talked about at the beginning. I loved the choices that he eventually made, that she was part of the family. We also worked together because when I first saw the pictures of my character, she was so perfect, all the hairs in place. And I said, ‘Jim, if you’re 13, 14, birthday girl, you don’t think of yourself that way.’ I was that tall when I was 11, so I was like a big spider walking around and knocking things over. And I felt it was a harder time for Kiri, especially because the family is uprooted in the beginning.”

“I got together with the designers or the draftsmen and brought in some clumsiness. That’s what he ended up calling ‘clumsy Kiri’ as opposed to ‘perfect Kiri’. For better or for worse, my clumsy, self-confident teenager could flow right into Kiri, and I had to work in a completely different way, which amounts to letting it flow into me, letting her – I know not all of us are very far from our adolescent moment, because for a lot of people it definitely stands out such a relief. I’m not sure how far I am from my teen, but Jim said to me, ‘You can do this. You’re so immature. This is about how old you are.'”

How Avatar captures the likeness of its actors

The Lord of the RingsGollum (Andy Serkis) was a successful case study with a view to shooting a CGI character, but the first Avatar film raised the stakes with a mostly computer-generated cast and setting. While the characters are blue, 10 feet tall and clearly not human, their faces miraculously resemble those of the actors through advanced motion capture technologies. A high-resolution camera is mounted on the actor’s head and pointed to their face, which is mapped with dots. All of the actor’s facial expressions are captured in real time and then processed through animation software for a look that is otherworldly, but full of recognizable emotion. The franchise is still on the cutting edge of CGI technologies; the Avatar sequels have experimented with a new underwater motion capture system that Cameron touts as the most realistic option for water-intensive storytelling like the upcoming movies.

The second and third installments of the Avatar franchise were filmed at the same time, and the firm plan is to repeat the process and shoot Avatar 4 and Avatar 5 synchronously after they give viewers another look at Pandora. The unconventional shoot and expensive technological innovations have driven costs up enormously, with the Avatar: The way of the water cost comes in at about $250 million. When the sequel After years of delay in theaters, it’s been 13 years since the original was released. It’s challenging to measure the number of fans left, but like the original, Avatar: The way of the water is likely to attract viewers interested in observing the state of fantasy movie-making technology.

Next: Avatar 2: How Sigourney Weaver Returns (Despite Her Death)