Why Fairies Aren’t Nice In The School For Good & Evil 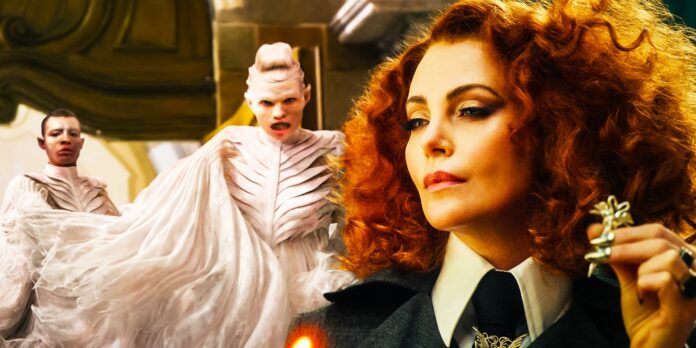 Warning: Contains spoilers for The School for Good and Evil.

Related: Every Fairy Tale in the School of Good and Evil

Did the fairies know about the headmaster’s plans?

That said, Rafal has shown that he knows how to keep his own counsel, and it seems that they act of their own accord and he has not involved the fairies in his plans. If he had, he would have manipulated them into fighting for him, not just blaming the students at the School for Good. Strangely, none of the school’s creatures are seen in the eventful ending of The school for good and evil. The wolves are all transformed into living dolls by Sophie, who had successfully manipulated Rafal. The fairies had probably taken advantage of their ability to quickly hide and flee. After the final battle ends with the triumph of the School for Good, the creatures are noticeably absent. The most likely explanation is that Rafal’s decision to transform students into creatures after three failing grades is part of the school’s corruption. Once he was defeated, the spells broke and the students may have returned to their original form.

What will happen to the fairies and wolves now?

The ability of good magic to undo transformations is shown earlier in the film. Agatha reveals she belongs in the School for Good when she wishes for a magical fish. She knows that the fish is a transformed student and therefore wants him to return home. The empathy underlying that desire turns the fish back into the student it once was. Therefore, it makes sense that the undoing of Rafal and the triumph of good magic would reverse the other transformations used as punishment. Just as the school’s corruption is seen in the transformation of failed students, its defeat is seen in their return to humanity.

The school of good and evil ends on a climax, with True Love’s Kiss defeating evil. The Big Bad was defeated and the schools merged because no one is just good or bad, but a little bit of both. Throughout the story, the fairies are largely obnoxious creatures, perhaps understandable given their dark origins. The fate and disposition of the fairies at the end of the conflict remain unknown. The movie’s cliffhanger ending begins The school for good and evil 2‘s story, so hopefully then the fate of the fairies will be revealed.

Next: 1 Change Would Have Solved The School’s Biggest Problems For Good And Evil