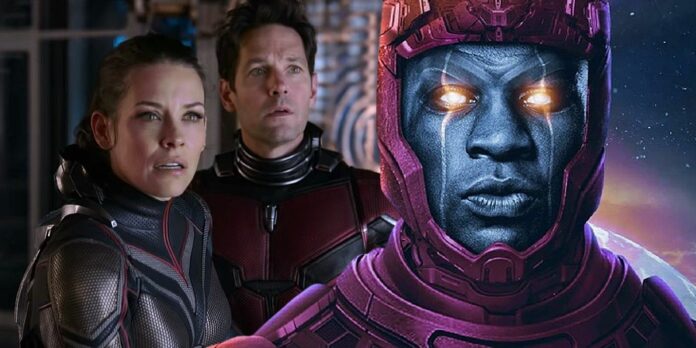 Brian Gay, the creative executive of Ant-Man and the Wasp: Quantumania, revealed in an interview why he thinks Kang is the perfect MCU villain.

Ant-Man and the Wasp: Quantumania creative executive Brian Gay explains that Kang the Conqueror, the antagonist of the upcoming ant man threequel, is the perfect Marvel Cinematic Universe villain. The third installment in the Paul Rudd-starring franchise will be released on February 17, 2023, as part of Phase 4 of the MCU. Phase 4 focuses on Kang as the Avenger’s new enemy with a strong focus on the multiverse, which has been a key plot point in recent Marvel movies Spider-Man: No Way Home, dr. Strange in the multiverse of madness, and Disney+s Loki. Kang’s ability to time-hop makes him a formidable villain for the Avengers, as he knows their weakness and has already killed many characters in other timelines.

Jonathan Majors returns to play Kang, appearing as the next big MCU baddie after Thanos. Thanos was the main villain of the Avengers in The Infinity Saga and succeeded in his plan to wipe out half of the universe. Thanos was only stopped by time travel and the sacrifice of many Avengers to bring the world back to the way it was. Current MCU films deal with the consequences of Thanos’ actions and the multiverse seeping into different worlds. While Kang debuted in Loki as the hidden mastermind behind the Time Variance Authority, this will be his first movie appearance and a good introduction as the MCU’s new main villain.

Related: How Old Thanos Is In All Infinity Saga MCU Movies

In a Comicbook.com interview Gay reveals why he believes Majors is the perfect person to play Kang. He noted how Kang is such a different character from Thanos as Kang has to be portrayed in a multifaceted way. See Gay’s full statement below:

Jonathan is a phenomenal actor and comes in prepared and so thoughtful. And I think part of the fun is that we have someone who is so talented that he can play as they say in Loki, the low keys and the high keys, and cross the whole range with him. I am so excited for everyone to see the incredible work he has done. I think he’s an incredible presence in the MCU. And when he steps on the screen, you know Kang is there. He gives that embodiment and that gravitas that is so central to that character.

Kang the Conqueror already has an upcoming avengers movie dedicated to him, titled Avengers: The Kang Dynasty, potentially portraying him as a Thanos-level threat to the multiverse. Because he’s going to be such a prominent character in the next phase of the MCU, it’s important that the actor playing him think about the role, as Kang is a pivotal villain from the Avengers comic book, so it’s important that he is presented as an ominous antagonist by Majors. Gay’s reception for Majors’ rendition of Kang in Ant-Man and the Wasp: Quantumania is very positive and sets high hopes for Kang as a villain in future films.

Gay seems incredibly passionate about Majors and his ability to portray Kang’s complexity and depth of character, saying he’s the only one who can play Kang correctly. Such a confident statement is reassuring that Kang won’t be a villain for a Marvel fan to ignore. When Ant-Man and the Wasp: Quantumania releases, fans can finally see if Kang grows bigger as a villain than Thanos.

Next: Kang Might Not Be The Main Villain In Ant-Man 3

Check Out:  Black Panther 2's Shockingly Long Runtime Is A Big Relief
Share
Facebook
Twitter
Pinterest
WhatsApp
Previous articleSmile Has Best 2nd Weekend Box Office for a Horror Movie Since Get Out
Next articleDeadpool Director Denies He Leaked The Footage That Got The Movie Greenlit