Who Is Bill Murray Playing In Ant-Man & The Wasp: Quantumania? 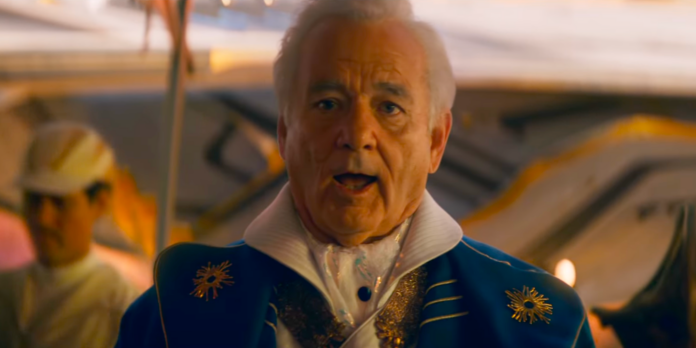 Bill Murray makes his MCU debut in Ant-Man 3, and his notorious appearance as an obscure Marvel character creates many opportunities.

Actor and comedian Bill Murray makes his MCU debut in Ant-Man and the Wasp: Quantumania, but it is unknown which character he will portray. Although Murray appears very briefly in the first trailer, it could mean that he plays an important role during the events of the film. Janet van Dyne’s comments in the first trailer for Ant Man 3 makes very clear how dangerous the Quantum Realm really is. Murray’s own statements about his role could also indicate how important his character will be in the film’s story, and he may not be on the side of the heroes.

Much will be set up by Ant Man 3′s story, with the Quantum Realm being a major catalyst for what will happen in the third Ant-Man movie. Bill Murray’s appearance in the trailer sees him wearing a multicolored outfit and removing sunglasses from his face. He has a surprised expression on his face, almost as if trying to appear hospitable; he may even recognize who or what he just saw. The trailer reveals nothing further about the character, but Murray’s explanation of his role raises many questions. It may also confirm speculation that he’s playing a very obscure Marvel character named Krylar.

In early 2022, Bill Murray confirmed his appearance in Ant-Man and the Wasp: Quantumania. The comedian also surprisingly revealed in an interview that he has a “bad guyin the film. While there’s a chance Murray lied to undermine expectations, it would be another role for him to add to his typically eccentric career. There are multiple different Ant-Man villains that Bill Murray would While MODOK seemed like a popular choice, as Murray appears in human form, it seems to disprove this theory. His rumored role as Krylar could be a more reliable option due to his origins in the comics and what it could mean for the MCU.

Krylar is a very unknown Marvel character, who makes an occasional appearance in The Incredible Hulk #156 in 1972. The character is not an Ant-Man related character, but the comic he appears in sees the Hulk shrink through the Micro-Verse to the tiny planet K’ai. On this planet, Krylar is introduced as a serving scientist to an insane warlord. He reveals a machine he has created that can create a realistic version of an enemy’s worst fear. Krylar is quickly killed, but his appearance in… Quantumania could be crucial in Ant-Man’s battle against Kang the Conqueror.

While the time-traveling villain may be the MCU’s next Thanos, Kang may not be Ant Man 3‘s main villain. Marvel could take a different approach with Bill Murray’s character and decide to show less of him in the trailers so that his potential main villain could be a bigger surprise. Should he portray Krylar, the character’s appearance in the comics could be used to link to Hulk stories adapted in the MCU. When Murray’s apparition is in… Ant-Man and the Wasp: Quantumania one-off like Krylar in the comics, there can still be significant impact from his character’s villainous actions.