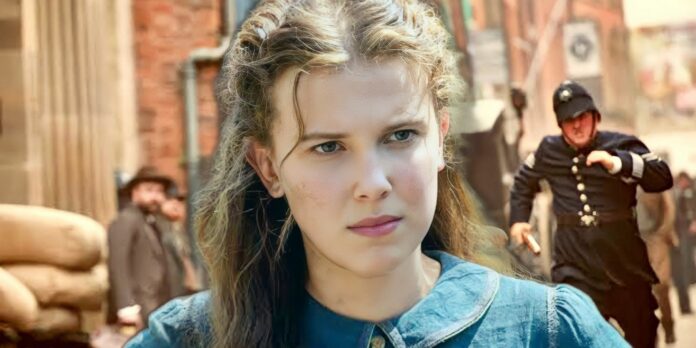 With many sparkling views of Victorian London in the background, Enola Holmes 2 continues the ebb and flow of maturity the titular character faces after becoming a full-fledged female detective-hired. Once she successfully solves her first case in Netflix’s Enola HolmesMillie Bobby Brown’s character wants to start her own detective agency. Unfortunately, to her dismay, things don’t go as planned, and her attempts to solve mysteries almost end in Enola Holmes 2. But just as she’s about to give up, she finds a new case that forces her into London’s dark underbelly.

As the plot suggests, Enola Holmes 2 treads the path of its predecessor, guiding viewers past many colorful London locations, including gloomy factories and lively music halls. Although the Enola Holmes sequel unfolds its thrilling detective romp mainly in London, many of its London scenes were actually recreated in other locations in England such as Kingston upon Hull and Dorchester. On that note, here’s a detailed overview of Netflix’s Enola Holmes 2‘s primary filming locations

Related: Enola Holmes Modernizes Sherlock Better Than the Show (Despite the Setting)

Sometime early October 2021 (through The Yorkshireman), Millie Bobby Brown and Henry Cavill were spotted in Hull’s Old Town for the shooting of Enola Holmes 2. While Cavill dressed in a Victorian outfit was seen walking the streets of Hull’s Old Town, Millie Bobby Brown was seen strolling the streets of Hull between takes. The High Street, Scale Lane, Bishops Lane and Chapel Lane in Hull’s historic Old Town were all reportedly closed to traffic due to the shooting of Enola Holmes 2. But many spectatorsthrough Twitter) still glimpsed the stars of the Netflix movie on sets shot in the city’s picturesque streets. As seen in one of the scenes from Enola Holmes 2, Millie Bobby Brown runs down the alley in Hull’s High Street while being chased by the police. In another scene of the film, Henry Cavill’s Sherlock Holmes can also be seen right by the old courthouse in the Guildhall, which has been given a Victorian London look to suit the period of the film.

A prison in the historic market town of Dorchester was transformed into a setting for the shooting of Enola Holmes 2. Built in the 19th century, Dorchester Prison in Dorset closed in 2013, but became active again in 2021 during the filming of the movie (through BBC). The Sherlock Holmes spin-off from Netflix, Enola Holmes 2was apparently filmed in prison under the working title “Street Dogs” and many cast members from the film were also seen using a room above Dorchester’s Corn Exchange on High East Street as their Green Room (through doresetecho).

Many set of photos (through Twitter) also revealed that a few segments of Enola Holmes 2, featuring scenes with Henry Cavill and Millie Bobby Brown, were filmed at London’s The Royal Oak pub. Earlier in October 2021, Enola Holmes 2 was also rumored (through SurreyLive) to film in the drop zone of Hankley Common near Elstead, a civil parish in Surrey, England. Given the incredible cast and diverse filming locations, it’s not surprising Enola Holmes 2 receives optimistic reviews for reinvigorating Sir Arthur Conan Doyle’s fictional characters.