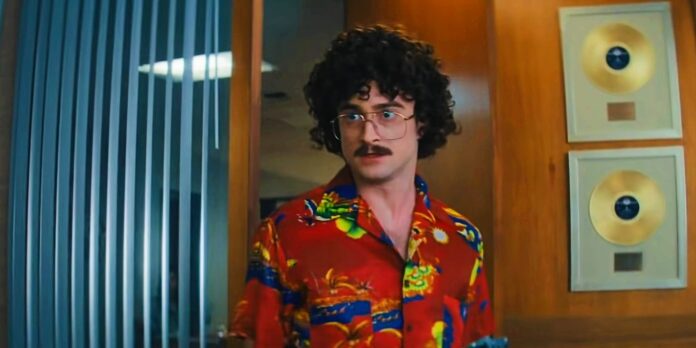 Eric Appel, director of Weird: The Story of Al Yankovic, reveals that the film originally featured ideas such as time travel. The biographical parody, inspired by a 2010 Funny or Die trailer and co-written by Yankovic himself, was released on November 4 and chronicles, through an almost entirely fictional series of events, the rise of the musician’s career. Since its release, the film has generated mostly positive response from critics and audiences alike, with high praise for its unique sense of humor, along with Daniel Radcliffe’s portrayal of Yankovic. In addition to Radcliffe, the film stars Evan Rachel Wood, Rainn Wilson, Toby Huss, Arturo Castro and Julianne Nicholson.

In his feature film debut, Appel had an idea of ​​what he wanted to incorporate into the Funny or Die sketch. He previously explained that there were certain moments that came to his mind while working on the script, but some were left out as the full story began to develop. The film itself became a satire of biopics, with Radcliffe noting how bizarre the whole experience was. The actor has acknowledged what it was like to have the real musician on set and confirmed that Weird: The Story of Al Yankovic is as strange as 2016 Swiss army man. The film as a whole features several memorable moments, including the creation of Al’s song “Eat It,” a fake love affair with Madonna, and the insertion of Pablo Escobar, but it seems there were even more ideas that never made it through. script.

In a recent interview with EWApple reveals that there are “crazier” concepts pitched when creating Weird: The Story of Al Yankovic. The director states that time travel and the introduction of a multiverse with different if possible storylines. He went on to say “that was a bit too far“, but suggests a sequel where those ideas can be explored. Read Appel’s full quote about those ideas below:

I think at some point I did time travel or encountered multiple versions of Al from different universes. That was a little too far. Maybe we’ll do a sequel. We could use some of those crazier ideas.

Which Scenes Are Really True in Weird: The Al Yankovic Story

In a movie that is almost all fictional, it can be difficult to find scenes that depict actual events. However, there are some real details inside Weird: The Story of Al Yankovic, such as the musician’s interview with Oprah Winfrey in the 1980s. The dr. Demento Show was also important to Weird Al’s early success, with some of his early songs on it. His father also had a factory job, although it seems the rest of the plot surrounding his character was either false or exaggerated.

While Weird: The Story of Al Yankovic certainly changes audiences’ perspectives on what a biopic is, the film’s performances and overall distinctiveness make the satirical approach highly entertaining. It’ll be interesting to see what Apple does next, and if a future sequel full of wilder ideas ever comes out. With Radcliffe’s dedication to the role and contributions of Weird Al, fans of Weird: The Story of Al Yankovic would probably welcome a new collaboration.