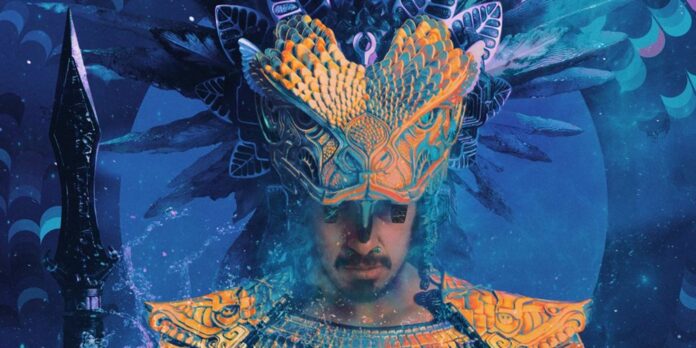 Prince Namor the Sub-Mariner May Not Be the Real Villain of Black Panther: Wakanda Forever. Namor the Sub-Mariner, one of Marvel’s oldest and most established characters, is finally making his debut in the MCU. The MCU’s Namor, played by Tenoch Huerta, has been redesigned to differentiate him from the DCEU’s Aquaman. Rather than rule Atlantis, he is now the king of an underwater kingdom off the coast of South America called Talocan. While he will clearly be an opponent of the Wakandans, Huerta claims that Namor is more of an antihero – a remarkable claim, given the trailers for Black Panther: Wakanda Forever have confirmed that he will flood Wakanda.

That idea was lifted from 2012 Avengers vs X-Men event in the comics where Namor fell under the rule of a cosmic force known as the Phoenix. Exposure to the Phoenix exaggerated all of Namor’s worst character traits, culminating in a devastating attack on Wakanda, then a safe haven for the Avengers. His powers were strengthened, Namor flooded Wakanda, devastated the fictional African nation and provoked a long brutal war between Black Panther’s land and his own kingdom. Since Wakanda is not adjacent to the sea, it is reasonable to assume that the Sub-Mariner’s powers will be enhanced in some way in Black Panther: Wakanda Foreverso that he could wreak havoc. If this is the case, Namor could be manipulated, just like in the comics; but instead of being under the influence of the Phoenix Force, he could be controlled by the Serpent Crown instead.

The Origins and Powers of The Serpent Crown in Marvel Comics

There have actually been several variations of the Serpent Crowns in the comics, three of which are actually associated with an ancient civilization that once thrived on Mars. The most famous Serpent Crown, however, was formed by the Elder God Set, who had been banished from Earth and trapped in a pocket dimension. However, he was able to exert some influence over his followers and had them create the Serpent Crown to manifest his power on Earth. Sets of worshipers lived on the continent of Lemuria and it was lost when Lemuria sank beneath the waves – the basis for the legends of Atlantis. The Serpent Crown was lost in the disaster, but was only discovered 600 years ago. The Elder God Set was able to corrupt King Naga, ruler of one of Atlantis’ rival underwater cities, but it was lost again after its power was used to raze that water metropolis. Centuries later, it was restored from the ruins of the city that had come to be known as the City of the Ancients.

Marvel Comics’ Serpent Crown channels all of Set’s power. One of the most powerful elder gods, he gave anyone who wore his crown skills such as telekinesis, mind control, psychic explosions, energy manipulation, and even the power to control matter. A Mars serpent crown was used to make that planet’s atmosphere breathable for humans, and its influence only diminished when it was removed from the wearer’s head.

Black Panther: Wakanda Forever‘s Namor looks different from the comics, redesigned to align with historical South American culture. The trailers have confirmed that as ruler of Talocan, he is associated with the feathered serpent god Kukulkan. Several photos show Namor wearing a distinctive squiggly headdress, and it played an important role in the film’s marketing. This could possibly be the design of the MCU for the Serpent Crown. It’s interesting to note that Namor doesn’t consistently wear this headdress, increasing the chances of it being acquired over the course of the film.

Trailers for Black Panther: Wakanda Forever have shown a Wakandan expedition into the ocean, and it is widely believed that the Wakandans’ quest for more vibranium leads them to Talocan. Alternatively, however, they can discover the ruins of the City of the Ancients, and the Serpent Crown – the lost crown worn by Talocan’s rightful ruler – within it. Entering such a sacred place and taking such a beloved relic would naturally prompt Namor to come out of the depths to challenge the Wakandans and claim the Serpent Crown. However, if Namor placed the Serpent Crown on his head, all his worst traits would be aggravated; his imperial leanings would be exaggerated, which would explain why Namor decides to wage war on the surface world. The power of the Serpent Crown would certainly allow Namor to flood Wakanda, even if it… is included.

The biggest advantage of this theory is that it primes Namor for a fascinating role in the future of the MCU. Huerta stressed that he was particularly excited to bring Namor to the big screen precisely because he wasn’t a villain; “Latin Americans are always the bad guys in Hollywood movies,“he complained.”And now we are the heroes – or an anti-hero, in this case.“Instead of positioning Namor as an outright villain in Black Panther: Wakanda Forever, this twist of the Serpent Crown would allow him to be a much more complicated figure. The Serpent Crown would not have created the arrogance and imperialism that swirl in Namor’s heart, but it would have strengthened it. He would therefore be a much more tragic figure, manipulated to cause the chaos for which he is blamed.

Obviously, the Sub-Mariner is important from stage 4, especially since Namor has been confirmed to be a mutant. The twist of the Serpent Crown would allow Marvel to set him up as a truly likable figure, even if he’s the one who arguably floods Wakanda, and it would leave Namor in a conflict situation; he would certainly be torn between responding to the surface world’s distrust with further acts of aggression, and a desire to redeem himself after his deeds under the influence of the Serpent Crown. This theory would mean: Black Panther: Wakanda Forever left Namor in a fascinating place where Marvel Studios could develop him as an antagonist or an ally to the Avengers, depending on their overarching plan for Phases 4-6.

Next: Namor Could Join 5 MCU Teams After Black Panther 2