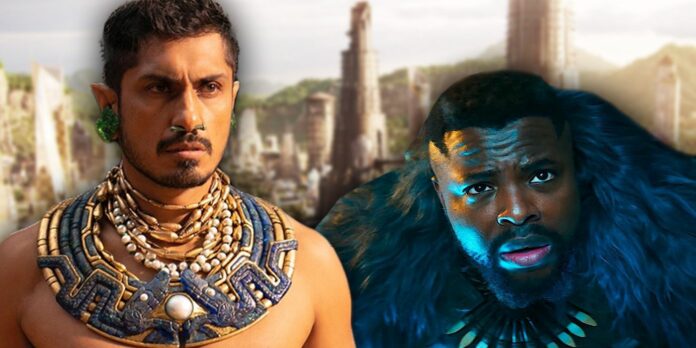 Attuma, Namor’s worst enemy in the comics, plays a similar role to M’Baku in the first Black Panther movie, and that could be bad for the Sub-Mariner.

Black Panther: Wakanda Forever is repeating Black Panther story, but this time it’s all about Namor. In the first Wakandan solo film, the leader of the Jabari tribe, M’Baku, challenges T’Challa to a fight for the right to be king of Wakanda. M’Baku is seen as an antagonist in this scenario, as he and his tribe prefer to live isolated from Wakanda and not help society for its well-being. Namor may face a similar problem in the Black Panther continuation.

Namor becomes the king of Talokan in the MCU, while in the comics he is actually the king of Atlantis. Black Panther 2’s Tenoch Huerta argues that his character Namor is more of an antihero in the movie, and it’s likely that his nemesis from the comics, Attuma, will play a big part in what goes on between Talokan and Wakanda. Attuma plays a very similar role to M’Baku in this situation between the two ocean creatures, and he can cause trouble for Namor as ruler.

Related: Marvel Is No Longer Hiding Shuri Is The New Black Panther

Who is Attuma in Marvel Comics? Origin and powers explained

In Marvel Comics, Attuma is part of the Skarka tribe, who were expelled from the kingdom of Atlantis for their hatred of the current rulers. As a very barbarian tribe, the Skarka wanted to take Atlantis by force. As Attuma grew older, he began a conquest to take over Atlantis, while his rival, Namor, ruled it. The battle between the two led to the Fantastic Four joining the fight. Maybe Black Panther 2 will set up the Fantastic Four of the MCU.

Attuma has the power to breathe both on land and underwater. It has incredible strength, agility and durability, but they are more powerful when used in an aquatic environment. Attuma is also very adept at hand-to-hand combat, making him a force to be reckoned with wherever he is. His anger at Atlantis and the power he contains make him a tough adversary to anyone who wants to confront him.

Being from an isolated tribe like M’Baku, Attuma will have his quarrels with Namor and Talokan in Black Panther: Wakanda Forever. With war on the brink between the creatures of Talokan and the creatures of Wakanda, Attuma can take advantage of the fact that Namor is under pressure to keep the peace between his people and steal Talokan’s throne. Since Namor has been confirmed to be a mutant and not fully Talokan, the residents of Talokan may want a ruler who is truly one of a kind to take care of their kingdom. This causes more problems for Wakanda and Namor, as they both know that a war between them can last a lifetime.

Attuma in Black Panther: Wakanda Forever will share similarities with M’Baku’s story, and he will play a big part in the tension between Wakanda and Talokan. Although Namor is more of an anti-hero, he can endure situations where he must work with the Wakandans to restore peace between the two kingdoms. Even though Namor is referred to as a god in the trailer, how he handles his challenges will determine the fate of Talokan and Wakanda.