Twilight’s Vampires & Their Appeal Get Analyzed By Literary Expert 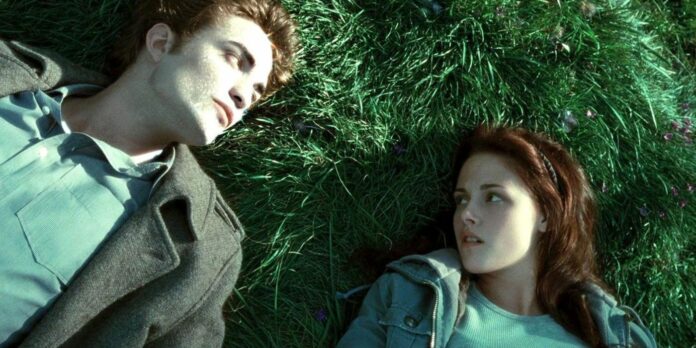 The Twilight SagaVampires appeal to viewers for a variety of reasons, according to one Gothic literature expert. Based on Stephanie Meyer’s book series, Twilight became a real cultural sensation when the first film came out in 2008. Starring Robert Pattinson as Edward Cullen and Kristen Stewart as Bella Swan, the series tells the love story between Bella, a human, and Edward, a vampire. Though their romance is forbidden, Bella joins Edward’s family and eventually becomes a vampire herself.

Despite receiving mixed reviews, Twilight was a commercial success, raising more than $3.4 billion worldwide. Moreover, the films have persisted in the form of internet memes and media references, serving as one of the most iconic modern examples of vampires in pop culture. although Twilight draws some parallels to other fantasy franchises because of the secret of the supernatural beings in the human world, there are some traits that are unique to the series. In particular, the vampires that shine in the sun, the Volturi and the specific lifestyle and backstories of the Cullens are hallmarks of The Twilight Saga that have captivated viewers. Now a literary expert explains why.

in a new one Vanity Fair video, the gothic literary professor Dr. Laura Westengard explains the reasons that Twilightvampires have enjoyed such impressive cultural stamina. Referred to as a “Vampire Expert,” Dr. Westengard Twilight‘s depiction of vampires after Tod Browning and Karl Freund’s 1931 film Dracula as well as that of Joel Schumacher The Lost Boys, describing the Cullens as a cross between the best features of each. See the detailed overview of Dr. Westengard from: Twilight‘s ambitious vampires below:

“Twilight is an interesting phenomenon. [Edward is] not cast as a seductive outsider that we should avoid. But he and his family represent what we should strive for. They have wealth, they have cars, perfect beauty, they have power. And perhaps most importantly, they have restraint. Because they’re vegetarian vampires, and this struck a chord. They became such a cultural phenomenon. The Twilight vampires match many of the images we’ve seen through the ages. They diverge in other ways. When we reach Twilight, vampires can technically go into the sun. It doesn’t weaken them, but it does expose them to their true nature. However, their diamond skin plays on exactly the same idea that they represent the pinnacle of status, beauty. they pull [Dracula’s] Bela Lugosi’s class and wealth combine with The Lost Boys’ flashy youth culture to create this new monster that everyone wants to be or be part of. They are the pinnacle of the capitalist aspirations of the 21st century.”

How Twilight Became a Phenomenon

The fascinating analysis of Dr. Westengard offers a compelling explanation of why the public clung to Twilight and the Cullen family over the course of the film series. In fact, even viewers who agree with The Twilight Saga are often intrigued by the Cullen family in particular, with Alice (Ashley Greene) becoming a particular crowd favorite for her psychic powers and charm. The Twilight book series was a hit within its demographic despite gathering mixed reviews, providing a built-in audience when the movie franchise launched. From there the film series, which is wrapped with Breaking Dawn – Part 2 in 2012 it became an even bigger sensation than the novels due to its combination of the supernatural, romance and horror genres, gothic and dreamy ambiance, and up and coming young stars.

The criticism the films drew resulted in a ‘hate’ twilight’ trend, which led to a hate-watching phenomenon that only further cemented the films’ popularity and increased their stamina in pop culture. Not only did The Twilight Saga appealing to its target audience of teenage girls, it went beyond that demographic, in part because of the principles Dr. Westengard explains. Fantasy and romantic movies are often used as a form of escapism, and Twilight, instead of making vampires a terrifying creature to avoid, she created a seductive version of the supernatural creatures that appealed to modern ideals, making it the ultimate escapist film.

Following : Twilight: How Imprinting Really Works (And Why Jacob Did On Renesmee)