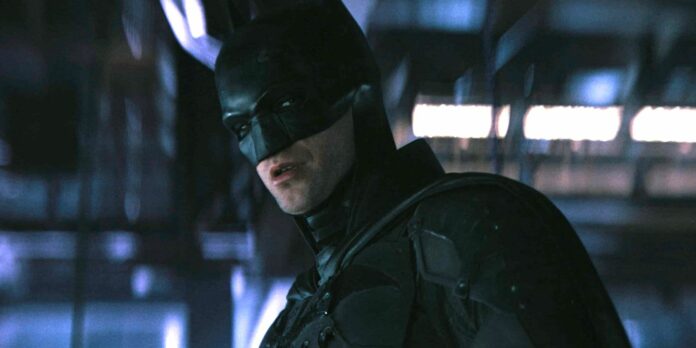 Batman composer Michael Giacchino reveals that he had never heard the main Nirvana song, “Something in the Way,” before scoring the DC movie.

Despite being an important part of the DC movie, the batter composer Michael Giacchino reveals that he had never listened to the film’s main Nirvana song before joining. After initially being developed for the DC Extended Universe, the film would shift towards the launch of its own shared universe, set in Bruce Wayne’s second year of crime fighting in Gotham as he hunted down the serial killer known as The Riddler. . During his research, Batman met Oswald Cobblepot, better known as The Penguin, and Selina Kyle, aka Catwoman.

Led by Robert Pattinson, Zoë Kravitz and Paul Dano, the batter received critical acclaim and was a blockbuster, grossing over $770 million against its reported $200 million production budget. Matt Reeves’ approach to the character saw him explore not only his status as the world’s greatest detective, but also a thoroughly dark and noir-driven atmosphere that harks back to David Fincher’s beloved. Se7en. One of the most important aspects of creating this atmosphere was that of Nirvana’s 1991 song “Something in the Way”, but just as important as it was for the battera creative behind the film’s music was unaware of the track before coming on board.

Related: How Robert Pattinson’s Batman’s Batman Is Different From Any Other Dark Knight

In a recent interview with SlashFilmMichael Giacchino thought back to his time composing the score for the batter. The DC film’s composer revealed that he’d never heard the main Nirvana song, “Something in the Way,” before working on the film, and that he had started writing the music before Pattinson was even for it. had been cast. See what Giacchino said below:

This is really embarrassing, but I didn’t know that song. I didn’t know that song at all. I feel like an old man who says I didn’t know. Now of course I know. At the time I was writing, I had no idea. I did not know. It was eternal luck that, somehow with a little tweaking, those two could live together for the trailers the way they did them. It worked out very nicely. It wasn’t something planned in advance, it was just kind of, I wrote that theme after talking to [director Matt Reeves] been talking about the script for so long and talking about the characters and stuff. The theme was written, I don’t know, two years before the movie was even finished. Matt had that theme before they officially cast Robert Pattinson. I mean, that was crazy to have it so early. It’s rare for that to happen. It all worked out. It was just serendipity. The main Batman theme that is just that thin thin thin, in certain ways they just live together so beautifully.

Why Nirvana’s Song Was Perfect For Batman

Given bandleader Kurt Cobain’s history of writing during a particularly dark time in his life, Nirvana’s “Something in the Way” proved paramount to the public’s understanding of where Pattinson’s Bruce Wayne was during the batter. Although he had Alfred from Andy Serkis assisting him, Bruce largely considered himself alone in the world, relying on himself as he fought crime around Gotham and kept himself in a very dark frame of mind as he avenged his parents’ murders of the underbelly of the city. Since Giacchino and Reeves were even able to make minor adjustments to his score to make the recording fit, Nirvana’s “Something in the Way” proves to have been the perfect choice to include in the batter.

After featuring it in both the trailers for it and the DC movie itself, the Nirvana song rocketed up the streaming charts, with Spotify reporting a 1200 percent increase in the song, and the band themselves, after the batter‘s release. With Pattinson’s titular hero now in another mental space on the way to the under development The Batman 2, it will be interesting to see which song Reeves chooses to use as his main inspiration for the overall tone of the sequel. In the meantime, audiences can re-listen to Nirvana’s beloved song and tone that matches the movie with the batter streaming on HBO Max.

Next: Batman’s Nirvana Song Is Deeper (and Darker) Than You RealizeSource: SlashFilm