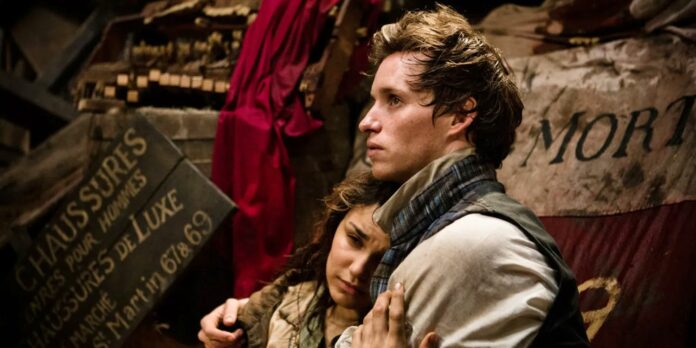 Taylor Swift describes her Les Miserables audition with Eddie Redmayne. Early in her career, it was announced that Swift had landed a supporting role in Tom Hooper’s film musical adaptation of Les Miserables as Éponine, but the role eventually went to acclaimed Samantha Barks. Despite being best known as a singer, pop artist Swift has since landed various acting roles throughout her career, including in films, television, and animation. She recently starred in Amsterdam, which also starred Christian Bale and Margot Robbie, and last year she received critical acclaim for the short film she directed (and played briefly) for her song “All Too Well”.

In addition to Barks, Les Miserables also starred Hugh Jackman as Jean Valjean, Anne Hathaway as Fantine, Amanda Seyfried as Cosette, Russell Crowe as Javert, Sacha Baron Cohen as Monsieur Thérnadier, Helena Bonham Carter as Madame Thérnadier, Eddie Redmayne as Marius, and many other talented stage and screen actors . The film received numerous accolades from audiences and critics alike, although it received some negative reviews, largely due to Crowe’s vocal performance. Hathaway won the Academy Award for Best Supporting Actress for her touching performance, and Redmayne, Jackman, Seyfried and Barks also received praise for their roles and prowess as singers.

During a performance on The Graham Norton ShowSwift and Redmayne recount the surprising circumstances of their first meeting, a hair-raising encounter during a… Les Miserables screen test. Swift reveals that she did indeed audition for the part of Éponine, although it was unclear whether she would be better suited for that part or the part of Cosette, meaning she was assured she wouldn’t get either part. However, she continued the process of meeting Redmayne, although their meeting wasn’t quite what she expected as they were screening Éponine’s death scene. Check out what the stars have to say below:

Swift: I wouldn’t get this part. But they were like, do you want to come to London for a final screen test with Eddie Redmayne? And I said, “This seems like an experience I want to have in my life.” [Turning to Redmayne] You’re like one of my favorite actors, you’re so ridiculously talented. So I thought, ‘Yeah, I’m going to London.’ So I got there, and they said, “Okay, so we really want to make you look like Eponine…” So they said, “We’re going to really paint your teeth brown for this.” And I’m like, ‘So you’re going to do that after I meet Eddie Redmayne, right? That’s not something you do before, I meet people and then you do the brown teeth.” And they say, “Oh no, everyone will meet you with the brown teeth and we’re going to make big circles under your eyes, like you’re almost dead,” and I thought, “This has instantly become a nightmare for me…”

Redmayne: My overwhelming memory of that time is that I went to the pizza express beforehand and had some garlic dough balls. I thought we’d sing to each other, you know, but they had us… it was so weird because Taylor was fully dressed like Éponine and me in my tracksuit. And they had us on the floor, singing sweet nothings to each other, and all I knew was I only had garlic bread.

Swift: And I had brown teeth! You were crying, and I thought it was because of the way I looked. It’s nice to hear that we were both having a hard time at the time.

Check Out:  Is There Going To Be A Smile 2? What We Know

What would Les Misérables have looked like with Taylor Swift?

Les Miserables featured several powerful performers, which is fitting considering the musical’s many tragic characters. Eponine is an important supporting character in Les Miserables, who acts as the confidante of main character Marius while in love with him, though that love remains unrequited until she dies in his arms in the scene the stars mentioned auditioning with, in which the characters sing “Little Fall of Rain.” Barks proved exceptional in the role, offering a humble performance as a brave girl often overlooked by her peers and the man she loves. As a theater actor, she was able to bring a deep emotion to the role that won the empathy of the viewers until the very end.

Swift, on the other hand, has an extremely recognizable face due to her fame as a pop/country star, especially since her career as a recording artist a few years before Les Miserables, in 2009. The singer’s presence in the film would likely have broken the immersive cinematic experience for the audience, making it difficult to see her as anyone other than “Taylor Swift,” let alone Éponine’s humble nature. While it’s likely she put in a strong performance with her auditions due to her numerous callbacks, it’s clear that neither Swift nor Les Miserables ago after parting. Ultimately, the behind-the-scenes details of Redmayne and Swift only serve to add some humorous knowledge to Hooper’s Les Miserables.

Next: Every Taylor Swift Movie Ranked From Worst To Best