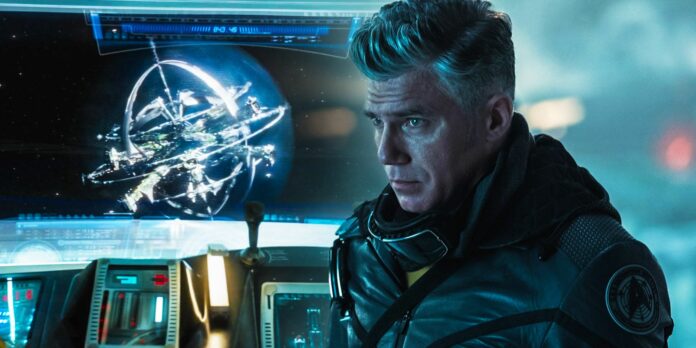 Introduced in Star Trek BeyondYorktown is a huge Starbase that, strangely enough, has no equal Star Trek‘s Prime timeline. Located on the border of the Necro Cloud Nebula, Yorktown was attacked by the evil Krall (Idris Elba) in Star Trek Beyond. Before saving the starbase, Captain James T. Kirk (Chris Pine) applied for a Vice Admiral position there, but in the end Kirk decided to remain in the captain’s seat of the newly built USS Enterprise-A.

Star Trek Beyond’s screenplay describes the massive Yorktown Starbase as: “A connection for all nearby worlds incorporated into the Federation. Yorktown is large enough to house millions of residents… An idyllic multicultural center invested with the spirit of all that the Federation stands for.Dr. Leonard McCoy (Karl Urban), a multi-storey super city housed in a protective orb, referred to it as a ‘snow globe’ in space. While Yorktown is an awe-inspiring environment for Star Trek onward, the fact that it was built in the 23rd century is confusing when technologically there is no Starbase to match it, in the 23rd, 24th or 25th century of Star Trek’s Prime Timeline. There isn’t even a Starbase like Yorktown in the 32nd century era of Star Trek: Discoverymaking the Yorktown stand out even more as an aberration.

Related: Star Trek Got The Multiverse Right (Until JJ Abrams Ruined It)

Compared to the Yorktown, the Starbases featured in the Star Trek TV series and Prime Timeline movies are relatively modest constructions. While some Starbases are built on planets, most Star Trek fans are familiar with the Starbases that look like giant mushrooms in space that usually house multiple starships. These Starbases have large populations living and working there, as well as countless visitors seeking leave or official business, but they are dwarfed by the size and scope of Yorktown. Star Trek: Deep Space NineThe space station is considered “huge”, but it still pales in comparison to Starbase Yorktown. Even the 32nd century headquarters of the United Federation of Planets in Star Trek: Discovery, although gigantic, it doesn’t seem as big as Yorktown in Star Trek Beyond.

Clearly Yorktown is taking advantage of the budget and scope afforded to a JJ Abrams produced Star Trek movie. Even with Star Trek: Discovery, Star Trek: Strange New Worldsand Star Trek: Picard’With their bigger budgets, impressive visual effects and AR Wall, they can’t quite match what can be produced in a $100-200 million feature film. But considering Star Trek Beyond is set in the same 23rd century time frame as Strange New Worldsit’s bizarre how much more advanced the technology in the Kelvin Star Trek movies is compared to what exists in the Prime Timeline, even with Star Trek on Paramount+’s updated production values.

The truth is the advanced technology in JJ Abrams’ Star Trek movies require a lot of suspension of disbelief. The conceit of the creation of the alternate Kelvin reality is that after Nero (Eric Bana) changed the timeline by destroying the USS Kelvin in 2233, the Federation’s technology was somehow accelerated beyond what was possible in the Prime Timeline of Star Trek. The spaceship Enterprise in Star Trek 2009 had better technology as Ambassador Spock (Leonard Nimoy) gave Scotty (Simon Pegg) the secret of transwarp beaming, which featured in the film and again in Star Trek Into Darkness when Khan (Benedict Cumberbatch) transported himself from Earth to the Klingon homeworld.

The pinnacle of the Kelvin timeline’s advanced technology is Starbase Yorktown, a space station that was light years ahead of its time and that simply has no equivalent in Star Trek’s Prime Timeline, even 900 years in the future. Naturally, Star Trek: Discovery is obscured Star Trek Beyond‘s tech with its own innovations such as programmable matter. But in the 23rd century, Starbase Yorktown just shouldn’t exist, except for the reason that: Star Trek’The rules are different in JJ Abrams movies.