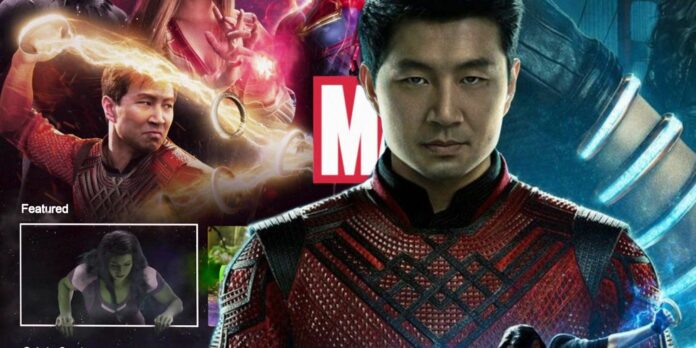 Shang-Chi and the Legend of the Ten Rings star Simu Liu jokes online about his short “cameo” in the season finale of She-Hulk: Attorney at Law.

Warning! SPOILERS for She-Hulk Season 1 Finale.Shang-Chi and the Legend of the Ten Rings star Simu Liu playfully refers to She-Hulk: Lawyer by making a joke about his brief appearance in the final episode of the season. Liu made his Marvel Cinematic Universe debut over a year ago when he played the titular character Shang-Chi in his own solo film. Not only did the 2021 film introduce the character to the larger world of the MCU, it also secured a place for him in the future with its post-credits scene and through pre-existing characters such as Wong, the Abomination, Bruce Banner and Captain Marvel, with the first three appearing in She-Hulk also.

Despite more for the character being teased, Shang-Chi has yet to appear in one of the next MCU movies or shows, and while the events of Shang-Chi plays in the story of She-Hulk, the character does not return by itself. While Liu may not physically appear as Shang-Chi, he still manages to make an appearance in the show’s season finale. When Jennifer Walters/She-Hulk breaks through the fourth wall to enter the real world, she can emerge from her own thumbnail on the Marvel Disney+ homepage. Here, the public can also see Liu as Shang-Chi, both on the thumbnail of his own movie and on the banner of the Marvel homepage.

On his official Twitter account, Liu recently posted a screenshot of the scene in She-Hulk where the image of his character appears. He jokes in the caption, stating that the scene is his long-awaited return to the MCU. Watch the Tweet below:

Where will Shang-Chi appear next in the MCU

While Liu’s post is played out for laughs, it should still spark excitement among fans of the character as they wait for when Shang-Chi actually makes his triumphant return. As with most MCU characters, where Marvel plans to take Shang-Chi has been largely kept a secret. However, with a Shang-Chi sequel in development and director Destin Daniel Cretton is poised to return to the helm of the film, the question of the character’s return is more a matter of when than if. Meanwhile, Cretton is currently involved in other upcoming MCU projects such as: Avengers: The Kang Dynasty and a planned Wonder Man series. While this is far from a confirmation that Shang-Chi will make an appearance, it wouldn’t take long to guess that Cretton would like to continue using the character that brought him to the MCU, much like the Russo Brothers had done with Captain America.

How the MCU decides to build on Shang-Chi remains to be seen. However, Liu’s little shoutout to his “cameo” in She-Hulk: Lawyer is a fun reminder that he seems about as excited to return and remain a part of the MCU as his fans see him doing. Hopefully, when fans actually see Shang-Chi on screen again, the moment will truly be a moment of triumph.