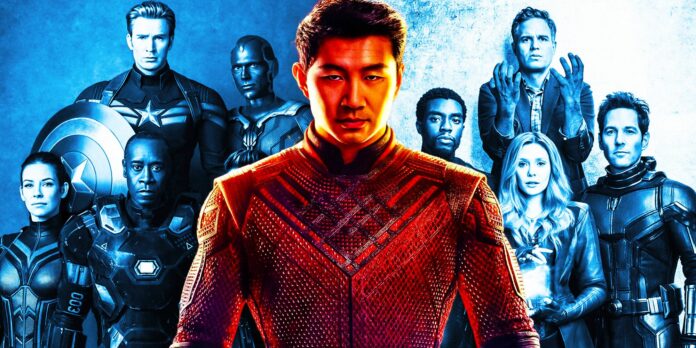 After producer Kevin Feige laid out their plans for the MCU’s Multiverse Saga, it looks like Marvel Studios is making the Avengers obsolete.

Marvel Studios seems to be making the avengers deprecated. After the Infinity Saga, the MCU has played the first chapter of the Multiverse Saga, which will culminate in back-to-back Avengers movies in 2025. Despite this, Marvel Studios’ current projects downplay the overall importance of Earth’s Mightiest Heroes in the franchise.

The original six heroes of the MCU were the main players in the Infinity Saga. With only three of the original Avengers left in the franchise, Marvel Studios should usher in a new breed of Earth’s Mightiest Heroes, and most of them are expected to be second-generation characters and brand new heroes. When The Official New Avengers Squad Is Confirmed For Destin Cretton’s Avengers: The Kang Dynastyand Avengers: Secret Wars with no director attached yet, it looks like it won’t have the same prestige as its predecessors.

In the Multiverse Saga of the MCU, avengers movies act as crossover events rather than just adventures of Earth’s Mightiest Heroes. That means there won’t be a true Avengers-focused storyline like there was in 2012 The Avengers and 2015 Avengers: Age of Ultron. unlike Avengers: Infinity War and Avengers: Endgame which focused on the pinnacle of the Infinity Saga, the first two avengers movies had stories centered on Earth’s Mightiest Heroes themselves. The Avengers first gathered in the face of Loki’s (Tom Hiddleston) attack on New York and attempted takeover of humanity. In the meantime, Avengers: Age of Ultron focused more on the established dynamics within the group as they faced a unique adversary in Ultron. By not making something similar in the Multiverse Saga, Marvel Studios is skipping the important step of developing the dynamics of this new breed of Avengers. This actually diminishes their importance as a team, as their films now merely serve as crossover events rather than bring together a dedicated team.

Why the Multiverse Saga Only Has Two Avengers Movies

As part of Kevin Feige’s Marvel Studios 2022 San Diego Comic-Con announcement, Avengers: The Kang Dynasty and Avengers: Secret Wars were described as the culminating projects for the Multiverse Saga. The MCU architect explained that because they release more projects in a year thanks to the addition of the franchise’s Disney+ pocket, their current phases are shorter. This means they close with crossover events like the avengers movies might be too much on top of the other projects the cast and crew work on every year. Especially since each stage takes place in the rough span of a year and the actors behind the heroes have busy schedules to coordinate. That’s why Phase 4 and Phase 5 don’t have one avengers movies as they are now stored to book much fuller sagas in a short time. While this creative decision makes sense given the current state of the MCU, it’s curious whether Marvel Studios realize how negatively it affects the Avengers’ place in the franchise as the main superhero team.

Since there’s no early Avengers movie in the Multiverse Saga, it’s curious to see if a good selection will be established sooner Avengers: The Kang Dynasty. Before Cretton’s film, there are very few projects where they can be revealed, such as: Captain America: New World Order and maybe even Lightning strikes. At the moment it is unclear who is actively on the list, although She-Hulk previously determined that the Avengers still exist. If Marvel Studios reveals the official list of members for the new Earth’s Mightiest Heroes team as early as possible, the avengers deprecated.

Next: Kevin Feige’s No Avengers Commentary Ignores Marvel’s Own Movies and Shows