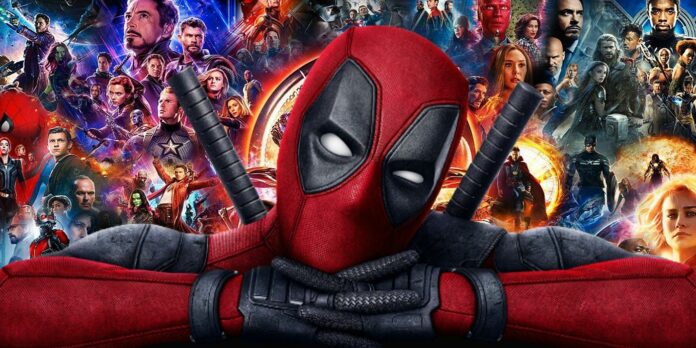 Ryan Reynolds Shares Details About His First Meetings With Kevin Feige About Bringing Deadpool to the Marvel Cinematic Universe. Reynolds, currently one of the most reliable box office draws in Hollywood, has been trying to make Deadpool a bigger figure in the on-screen Marvel superhero landscape since 2009. X-Men Origins: Wolverine. Since fans of the beloved Marvel mercenary weren’t happy with the character’s appearance in the film, someone (probably Reynolds himself) leaked test footage for a Deadpool movie. This eventually led to the extremely successful Deadpool in 2016, and the sequel Deadpool 2 in 2018.

Although waiting for a Deadpool 3 long and difficult for fans of both the character and the franchise, it was announced last month that Disney had officially scheduled the sequel for November 2024. Reynolds, who has kept his Deadpool costume and will occasionally use it for promotional material for his other films, released a video teasing the sequel and announcing that Hugh Jackman will be reprising the role of Wolverine for the first time since 2017. logan. The news sent shockwaves across the internet, with Marvel fans, MCU staff and even the director of Logan wondering how Kevin Feige, head of Marvel Studios, managed this.

Now, thanks to an interview with Variety, Reynolds has explained that talks with Kevin Feige about bringing Deadpool to the MCU have been going on for three and a half years. Reynolds, who begins his promotion for Netflix’s spicysays talks started around early news about the Fox/Disney merger and how Wolverine’s inclusion in Deadpool 3 was not a viable option until recently. Watch the full clip below:

According to Reynolds, he first met with Marvel Studios President Kevin Feige three and a half years ago after Disney acquired Fox. The first two ‘Deadpool’ films were released by Fox and grossed $780 million each worldwide. Now that Disney owned Fox, the door was open for Deadpool to enter Feige’s Marvel Cinematic Universe.

“I got Kevin to talk about what the future holds for Deadpool in that transaction,” Reynolds said of his first meeting with Marvel after the Disney-Fox merger. “The topic came up during the meeting as to whether we could find a way to create a Deadpool-Wolverine link. That was not possible then. That this is happening now is damn exciting.”

What took so long for Deadpool to come to the MCU?

Since 20th Century Fox merged with Disney in 2018, the character’s place in the larger Marvel universe has been largely up in the air. Since Fox owned several Marvel properties, such as The Fantastic Four, the X-Men and, ultimately, Deadpool, negotiations for a Deadpool 3 have been slow, with director Shawn Levy and writers Wendy Molyneux and Lizzie Molyneux-Logelin joining the project over the past two years. And because the MCU is taking time with Fox characters and only now being able to introduce mutants into pre-existing projects, the ink on the contracts is now dry enough to allow for concrete MCU versions of these traits.

Reynolds, who has corresponded with Feige for so long, points to some possibilities for Deadpool 3. If conversations have been going on for so long and amicably, it could mean Reynolds is working on getting an R rating and pushing for the level of violence and strong language of the predecessors. It also indicates that Feige knows how much of a money maker the Deadpool franchise was for Fox, and wants to capitalize on that box office, just as the MCU has benefited from Sony’s collaborations for the Spider Man movies. And with the possibility of Wolverine becoming more real as the franchise progresses, the MCU may be on the cusp of even more integration with the Fox properties as more and more planned projects fall away. Still the prospect of an MCU Deadpool 3 is one that should excite all Deadpool fans, including Ryan Reynolds himself.

Next: Deadpool 3 Now Bears A Burden The MCU Could Have Avoided