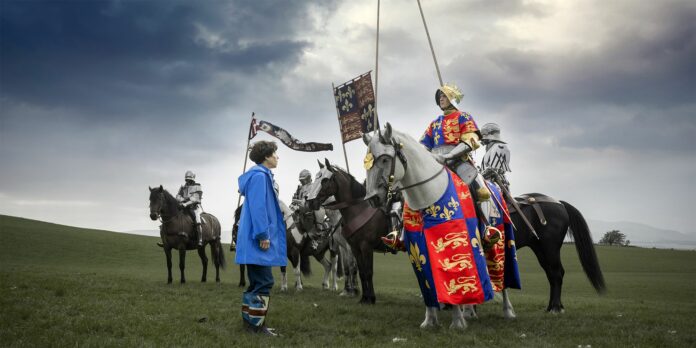 BADpi presents an exclusive sneak peek of the title track from the upcoming movie The Lost King, about the discovery of King Richard III’s remains.

screen frenzy is excited to premiere the title track exclusively for The Lost King—Original Film Score, which will be available digitally on October 7 through Lakeshore Records. Featuring music by Academy Award-winning composer Alexandre Desplat (The Grand Budapest Hotel, The shape of water), The Lost King tells the remarkable true story of how King Richard III’s remains were discovered under a car park in Leicester. At the center of the impossible event is Philippa Langley (played by Sally Hawkins), who refused to go back when her friends, family and even experts in the field rejected her investigation.

The Lost King was directed by acclaimed author Stephen Frears, who has previously collaborated with Desplat on several beloved films, including The Queen and Florence Foster Jenkins. Desplat has been composing film scores for nearly four decades, but he first broke into the American cultural consciousness in 2003. The girl with the pearl and from 2004 Birth. Since then, eleven of his films have been nominated for Oscars, and he has also won many accolades for his scores. From David Fincher and George Clooney to Greta Gerwig and Guillermo del Toro, Desplat has consistently collaborated with the best filmmakers of the time, producing scores that perfectly complement the quality of the stories.

Equally vibrant and majestic, Alexandre Desplat’s “The Lost King Theme” captures perfectly the fine line between comedy and drama that only a filmmaker of Stephen Frears’ caliber can master. Listen to the full track above, which weaves together the history of the controversial King Richard III with the tireless efforts of amateur historian Philippa Langle to tell her story.

After the premiere of The Lost King and release of the soundtrack, Alexandre Desplat has some more film scores in the works. Two of the most high-profile projects that benefit from his masterful touch with music are: Guillermo del Toro’s Pinocchio and Barbie, serving to highlight his incredible reach as an artist and the eclectic inspirations that lead to his beautiful music. Other recent releases include: The French shipping and the outfitwhich further emphasize the broad appeal of his work.

Next: The end of the outfit explained (in detail)

The Lost King—Original Film Score will be available on October 7 in conjunction with the film’s UK premiere, and the album can be found digitally at Lakeshore Records.