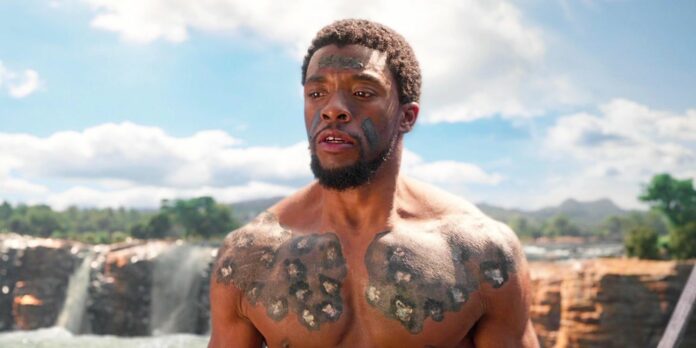 Boseman passed away in 2020 after battling cancer, which was a blow to cast and crew of Black Panther. Coogler recently admitted that he even considered leaving Hollywood for good after Boseman’s death. Other cast members, including Letitia Wright, Angela Bassett, Martin Freeman and Daniel Kaluuya, have also commented on how they were affected by the actor’s death. The trailers released for Black Panther: Wakanda Forever have teased that the upcoming MCU movie will be action-packed but also highly emotional. While T’Challa has been confirmed to have passed away within the MCU, the most recent trailer for Black Panther: Wakanda Forever has shown that a new, seemingly female character has taken the mantle of the Black Panther in his place.

Related: Every Character Who Could Be The MCU’s New Black Panther (And Why)

In a new interview with Jemele HillWinston Duke, who returns to play M’Baku in Black Panther: Wakanda Forever, comments on whether the MCU should reshuffle T’Challa. Duke explains that to him T’Challa is Chadwick Boseman and all the experiences and worldviews the late actor brought into the role. While separating T’Challa from Boseman is no easy task for Duke, he also hints that the nature of comic book movies and the existence of the multiverse in the MCU means there may be a way to create a new T’ Challa while introducing Boseman’s legacy. Check out Duke’s thoughtful comment below:

“I think for this version of Black Panther it’s very hard for me to respond to something like that because I think this is Chadwick’s role. Chadwick made this and Black Panther wouldn’t be the same without Chadwick Boseman, who stood for the things he stood for. When you cast a person, you cast their experiences, you cast their politics, you cast all these things. Black Panther, in my opinion, was heavily defined by the actor doing it. So I feel that, as it is, and the decision made to keep T’Challa Chadwick Boseman’s T’Challa is one that has a lot of nobility in it. But there’s a certain amount of confidence that we should all have for a comic book world with multiple dimensions and parallel dimensions and multiple stories and possible futures and possible new imaginings in the past, and just multiple universes that they actually experiment with. So I feel like my confidence is that the medium can support a variety of interpretations that can make us all really happy.”

Will T’Challa eventually be recast in the MCU?

Black Panther: Wakanda Forever is clearly interested in honoring Boseman’s version of T’Challa and exploring the implications of the character’s death in the MCU. However, this doesn’t mean the public won’t end up getting another T’Challa in the future. As Duke suggests, Boseman’s T’Challa may remain dead in the MCU, but another version of the character may be introduced later. After all, with the MCU now firmly in what has been dubbed the Multiverse Saga, there are probably an infinite number of other versions of T’Challa in different universes, just like with other MCU characters.

Marvel Studios president Kevin Feige recently said it feels too early to talk about recasting T’Challa’s role. As supporters for Black Panther: Wakanda Forever show, the characters in the MCU are still processing T’Challa’s passing and their grief, just as many actors and fans still do in real life. Of Avengers: Secret Wars that may blow the multiverse wide open by 2025, a new version of T’Challa may be introduced to the public in the coming years.