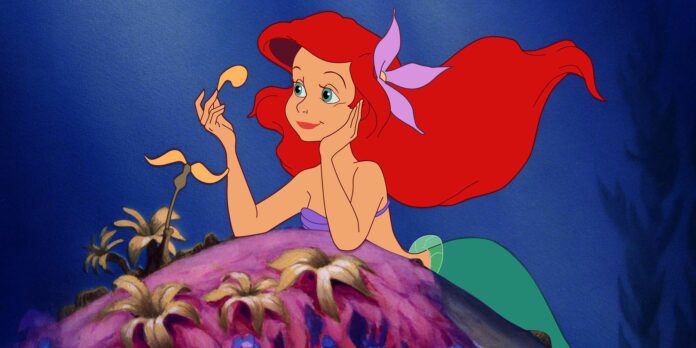 Jodi Benson, Ariel’s original voice, is “super excitedfor the upcoming live action The little Mermaid redo. While Benson began her career on stage, she is best known for voicing Ariel in Disney’s 1989 animation classic. The little Mermaid, which became one of the most beloved Disney stories. Benson also reprized the role in other animated appearances of the princess, including Ariel’s cameo in 2018’s Ralph breaks the internet. For her contributions, the Walt Disney Company named Benson a Disney legend in 2011.

Now, more than three decades after the original Little Mermaid was released, Disney is adapting the classic animated film as a live-action film, which will be released on May 26, 2023. Little Mermaid featuring Halle Bailey as Ariel, Jonah Hauer-King as Eric, Melissa McCarthy as Ursula, Javier Bardem as King Triton and Daveed Diggs, Jacob Tremblay and Awkwafina as the voices of Sebastian, Flounder and Scuttle, respectively. The film is directed by Rob Marshall and features songs composed and written by Lin-Manuel Miranda and Alan Menken, who worked on the original film score. At D23 in September, Disney released a teaser trailer for The little Mermaid including a clip of Bailey singing the iconic “Part of Your World”, adding some excitement to the highly anticipated music film.

One person who certainly shares in this excitement is the original Ariel himself, Jodi Benson. In a recent episode of The art of kindness podcast, Benson makes the Little Mermaid remake, calling the film “prettyShe also notes how the 2023 Little Mermaid will honor the original. Check out Benson’s comments below:

“I’m super excited! It was great to see the trailer and see Part of Your World. Robbie Marshall and I have been friends for 40 years. Because we’ve been friends for so long, he was just so lovely about wanting to pay tribute to Howard and to the original movie and respect the original movie I just love the way he approached that It’s going to be an absolutely beautiful movie with the worldwide vfx… it’s going to be breathtaking to take us under the sea I think each cast member’s performance will blow everyone away. The vocals…everything! It’s going to be a great movie!”

In addition to changing the cast and director, the live-action Little Mermaid will have a few key differences from the original. First, Miranda and Menken teamed up to write four completely new songs for the film, with Miranda teasing that Diggs’ Sebastian might be rapping. The remake will also feature a number of new characters. Noma Dumezweni, Lorena Andrea and Kajsa Mohammar have all been cast in new roles suggesting 2023 The little Mermaid can spend more time investigating Ariel’s relationships with other people than just the prince. In addition, the inclusion of a diverse cast is an important step for Disney to make a positive representation, despite the racist reactions the film received online.

So far, these differences all seem like positive additions to the Little Mermaid redo. With previous live-action adjustments like the one from 2019 The lionkingOne of the main criticisms of Disney was that the new movies didn’t have to be made because they were only substandard copies of the original, but next year’s movies Little Mermaid seems to avoid this problem. Instead, it becomes an exciting and “pretty” movie.

Next: The Little Mermaid Live-Action News and Updates: Everything We Know

Source: The art of kindness