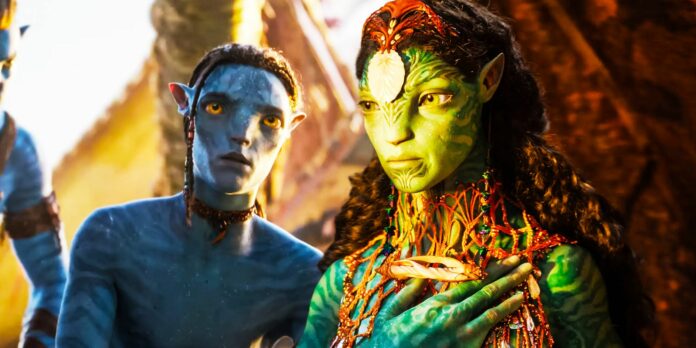 Avatar 2 has been a long time coming and new updates promise it will be worth the wait. Star Stephen Lang says he has, “Never seen anything like it.”

Avatar: The way of the water is one of the most anticipated movies of the year after multiple delays and a recent update proves it will all be worth the wait. Titanic director James Cameron is no stranger to films with stunning water features. Avatar 2 will come out unusually long after its predecessor, but the long development is a good thing, judging by Titanic and the first Avatar. Both films were visually groundbreaking, and Cameron took his time developing the special effects of each, with both films breaking at the box office. With such a highly anticipated sequel, it’s likely he’ll surpass his already stunning work once again when Avatar: The way of the water touches theatres.

While Cameron himself hasn’t said anything about the visuals lately, Avatar 2 star Stephen Lang hinted in a recent interview. He tells the audience that he’s already seen a lot of the finished film, and he says, “I’ve never seen anything like it, and I’ve seen Avatar. It’s beautiful there, it’s beautiful.” Avatar had amazing visual effects that changed CGI forever and with the addition of water and heavy water effects, it sounds like The way of the water will break even more ground.

When the first teaser trailer for the film originally came out, Avatar 2 received backlash for his CGI. But that has since turned out to be unjustified criticism. Much of the film is actually shot underwater, with the cast members learning how to hold their breath for extended periods of time. To do this, Cameron and his team came up with a whole new kind of underwater mocap technology. Previously, it was impossible to combine underwater shooting with mocap; instead, actors were suspended from wires to mimic floating, with the water added digitally later. However, James Cameron insisted that the underwater shots are actually underwater to create an experience that was literally and figuratively more immersive. As Cameron insists on perfection, the post-production CGI will be tweaked up to Avatar: The way of the water‘s release.

While Avatar 2 has lower box office projections, anticipation and stunning visuals could be more than enough to become the next big box office hit. Incredible visual effects are a big part of why the original Avatar broke as many records as it did. By spending 13 years developing a sequel, Cameron, as well as the visual effects team and everyone else involved in the film, have been able to create a film that will undoubtedly be better than the first from a technological point of view.

The success of the sequel and the special effects will not only benefit Cameron and the Avatar franchise, as well as other movies. For example, Avatar 2s underwater CGI technology could benefit Marvel as the studio introduces its own underwater character with Namor. If it has the same impact as the first Avatar, the sequel will undoubtedly advance technology in filmmaking in a huge way. Hear reports that the images of Avatar: The way of the water Being unlike anything seen before, promises a lot, not just for the sequel, but for the future of Hollywood.

Next: Avatar’s Legacy Is Complicated (But The Impact Is Huge And Evolving)