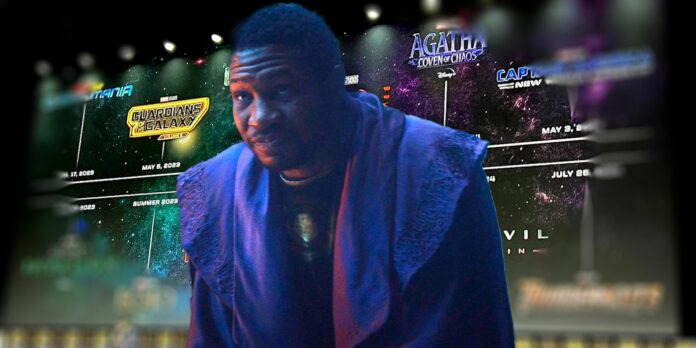 Marvel Studios is officially postponing release dates for four of its upcoming movies, including Blade, whose pre-production was recently paused.

Just months after unveiling the calendar for the coming years, Marvel Studios has postponed four Marvel Cinematic Universe movies in stages 5 and 6.

Dubbed The Multiverse Saga, the next phases of the MCU will feature both the return of familiar faces and the introduction of fan favorite characters in the franchise, including Mahershala Ali’s Blade and Ryan Reynolds’ Deadpool. It is all expected to culminate in Avengers: The Kang Dynasty and Secret Warswhich the various heroes are expected to take on Kang from Jonathan Majors, although it may take longer than expected.

In a new release date update from DisneyMarvel Studios Officially Delayed Four MCU Movies in Phases 5 and 6. Mahershala Ali’s Sheet has been postponed for nearly a year from November 2023 to September 6, 2024, while Deadpool 3 has been postponed to November 8, 2024, Fantastic four until February 14, 2025 and Avengers: Secret Wars will be pushed to May 1, 2026. Additionally, the update reveals that an unnamed Marvel movie has been completely removed from the schedule, while another has been pushed to November 7, 2025.

Check Out:  Why The Original Saw Reverse Bear Trap Had To Be Changed
Share
Facebook
Twitter
Pinterest
WhatsApp
Previous articleSorry Vin Diesel, But A Solo Groot Movie Is A Bad Idea
Next articleWhy Spawn Creator Doesn’t Want Movie So Focused On Special Effects