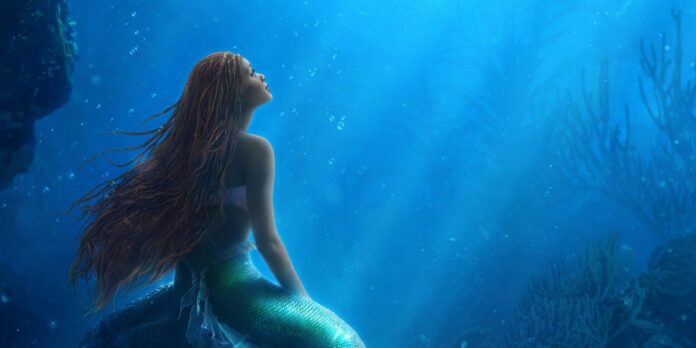 Disney is releasing a new poster for next year’s live-action The Little Mermaid, which takes a closer look at Halle Bailey’s Ariel and her colorful tail.

The release of Disney’s latest The little Mermaid poster gives the best look at Ariel since the first trailer. The Little Mermaid trailer, released just over a month ago, revealed Halle Bailey’s new Ariel, who will now be added to the growing roster of Disney characters brought to life through live-action. While it’s a quick video for the much-loved song “Part Of Your World,” the trailer teased Ariel’s highly anticipated appearance before ending in a close-up of Bailey’s face.

Join Bailey The little Mermaid are Daveed Diggs as Sebastian, Awkwafina as Scuttle, Jacob Tremblay as Flounder, and Melissa McCarthy as Ursula, as well as several others. Chicago director Rob Marshall directs the new live-action film, with new songs from Lin-Manuel Miranda and Alan Menken. It remains to be seen if there will be any major changes to the plot, but the original Little Mermaid revolved around the young underwater princess Ariel and her dreams of walking on land among people.

Related: How The Little Mermaid Changed Disney (And The Remake Could Do It Again)

Bailey’s Ariel absolutely dominates as the centerpiece of the new poster for The little Mermaid, shared by Walt Disney Studios. While the photos of her in the trailer (besides the close-up at the end) can best be described as elusive, this poster shows that the full look was well worth the wait. Bailey sits atop a rock with her hair in the water and perfectly captures the essence of Ariel. Check it out below.

As breathtaking as Bailey is in the Little Mermaid poster, it’s hard not to notice the immense detail that goes into Ariel’s tail. It seems to wave in the water in exactly the same way as her hair, which is complimented by the way the light shimmers from above on her scales. However, those factors wouldn’t be nearly as impressive were it not for the color of her tail. The iridescent gradient from blue to green with flashes of pink leaves a lot to rave about, as this poster teases what fans can expect from the film. The live action Little Mermaid could have a colorful underwater world, and this poster gives the first hints of that.

It’s no secret that the live-action adaptation of Ariel’s adventure has been met with unfair controversy and outrage since Bailey’s casting in 2019. That said, it’s really nice to see that. The little Mermaid The backlash hasn’t stopped the Mouse House from creating posters that any true Ariel fan would be proud to see. In every way, the new live-action movie will be a visual feast, with this teaser and the previous trailer suggesting that Marshall has created a vibrant world. It will be exciting to see what other visual master audiences will be treated to before the release of The little Mermaid next year.