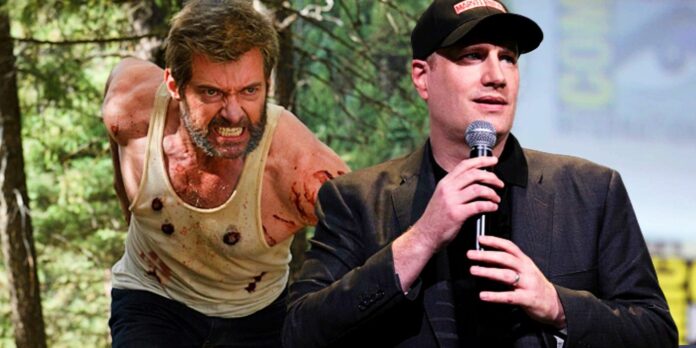 Kevin Feige teases the much-anticipated introduction of the X-Men to the MCU by hinting at Hugh Jackman’s Wolverine return in Deadpool 3.

With help from a Deadpool 3 reference, Kevin Feige teases when the X-Men could arrive in the MCU. The Mutants are expected to debut in the Marvel Studios franchise since it reacquired the rights to the characters through Disney’s acquisition of Fox’s TV and movie assets. There have been hints of the beloved team’s eventual introduction, but amid it all, Feige and Marvel Studios have remained silent about exactly when the X-Men might join the MCU.

Marvel Studios has had several opportunities to lay out their plans for the X-Men. In 2022 alone, Feige appeared at San Diego Comic-Con and D23 Expo. In both cases, he talked about the burgeoning Multiverse Saga and what lies ahead for the franchise, but nothing about the mutants. Instead, the Disney+ shows have provided clues about their arrival, including confirmation that Ms. Marvel is MCU’s first mutant and She-HulkJennifer Walters’ direct question to the “real” AI KEVIN on the matter. Meanwhile, Hugh Jackman has also been confirmed to return as Wolverine in Deadpool 3, that’s quite a bit, not just for fans of the character, but for the future of the X-Men as a whole.

Related: Hugh Jackman’s Wolverine Should Be In Avengers: Secret Wars By Now, Right?

Feige refers to Wolverine’s exciting appearance in Deadpool 3, which is expected to be released in 2024, to tease the impending arrival of the X-Men in the MCU. Speak with Deadline on the red carpet of Black Panther: Wakanda Forever, he refuses to confirm any timeline for their introduction — except to suggest that the Ryan Reynolds-led threequel could be significant. Read Feige’s full quote below:

Jennifer Walters just asked the robot that in the latest episode of She-Hulk. And I’ll give you the same answer he gave, that was, I don’t know, no answer, I think it was what he gave, yes. But Deadpool and Wolverine, you know, we’re getting close.

When could the X-Men make their MCU debut?

As expected, Feige remains hesitant about introducing the mutants to the MCU, but it’s interesting that he openly refers Deadpool 3 in the conversation. For context, it’s still unclear exactly how Reynolds’ Merc-with-a-Mouth will be included in the franchise. Given the vast multiverse, the upcoming version in the threequel can still be separated from the Sacred Timeline, with the film’s events taking place in an entirely different reality. The same can be said with Wolverine’s recurrence in the film. Since the hero died in James Mangold’s Logan and it’s unlikely Marvel Studios will be willing to undo that, it’s possible Deadpool 3‘s Wolverine is different from the one in the Fox Marvel Universe. In any case, it seems Feige is pointing out that the Shawn Levy-directed movie will be an integral part of the X-Men’s arrival in the MCU.

Just because Feige and Marvel Studios have their plan for the . have not explained X-Men doesn’t mean they don’t have one. The MCU is known for playing the long game; it’s safe to say they now have a clear path to their eventual release. The question is whether they will be an integral part of the MCU’s Multiverse Saga, or will they instead be more prominent in Phase 7 and beyond. While Deadpool 3 may not have all the answers, it will certainly shed light on the matter once it hits theaters.

Next: Jackman’s return makes the MCU’s best wolverine possible (it’s not him!)

Check Out:  The Flash's DCEU Reboot Theory Is Less Likely Now
Share
Facebook
Twitter
Pinterest
WhatsApp
Previous articleWhy Daniel Radcliffe Was Perfect For Weird’s Version Of Al Yankovic
Next articleHarry Potter’s Daniel Radcliffe On Who Influenced Him Most While Filming