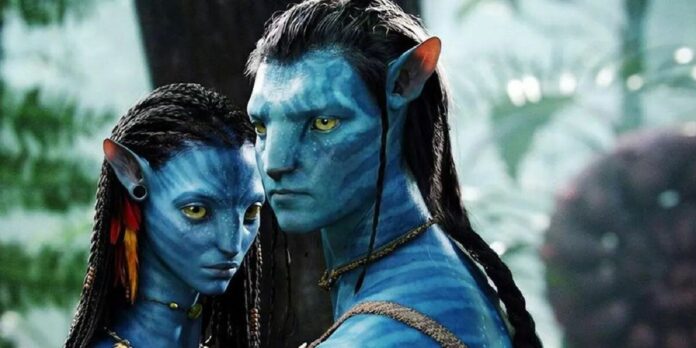 James Cameron Criticizes Struggle to Produce 3D Movies That Continued After His First Avatar movie came out in 2009. Avatars visual effects received lavish awards and accolades, and the film was seen as a breakthrough for 3D. The recent reissue proved the potential of Avatars breathtaking landscapes as the 3D images rose from the screen and immersed the audience in the world of Pandora with a new 4K digital print. Avatars long awaited sequel, Avatar: The way of the water, was also shot to produce 3D images. The audience got a taste of this 3D at the end of the Avatar reissue, with a short scene from The way of the water in the post credits.

While Avatars 3D itself was highly regarded, the film generated a startling amount of copycats. Even early in his run, Avatar was a resounding success at the box office, with many critics praising its revolutionary visuals. After that success, Hollywood movies made it a point to release almost every major blockbuster in 3D. 3D tickets were a few dollars more expensive than their 2D counterparts and were quite popular for a while. 3D was advertised in trailers and posters for upcoming movies, as it was seen as a major selling point for movies.

In a recent interview with New York TimesCameron and Avatar star Zoe Saldana offer scathing opinions on this post-Avatar tendency. When asked what he thought of this Hollywood 3D craze, Cameron replied that “the studios screwed upHe then went on to explain the differences between the 3D process he went through and that of most Hollywood movies. While Cameron filmed with cameras that rendered the footage in 3D during production, he mentioned that most of these post-productionAvatar 3D productions decided on “3D post-conversion“which essentially means they add the 3D effect to the post-production process rather than filming with”natively written 3-D“Cameron says the post-conversion 3D method”gave a bad resultWith actress Saldana adding that few people have put the same dedication into stunning 3D as Cameron did. Check out Cameron and Saldana’s full statements below:

CAMERON I think the studios screwed up. Just to save 20 percent of the 3D’s authoring cost, they went with 3D post-conversion, taking it out of the filmmaker’s hands on set and putting it into a post-production process that yielded a poor result. I really think the new ‘Avatar’ movie will rekindle interest in natively written 3D, and that’s what I personally think is the right way to do it. I say or do 3D or don’t do 3D, but don’t try it afterwards to get the extra cost on the ticket.

CAMERON Do I have to choose?

SALDAÑA It’s a shame, but people chose the money machine, the post-conversion. And not every director is like Jim, with the amount of dedication you put into it. That’s the difference between a project that’s just a blockbuster and something that’s really special, and I wish more directors would understand that. If only they had taken a course at the [Directors Guild of America] …

Will Avatar 2 bring a new cycle of 3D filmmaking?

As Saldana and Cameron’s discussion of this Hollywood trend points out, Cameron’s statement demonstrates its value for 3D as an art form. While the director previously hinted at his confidence in Avatar 2s despite the years at the box office, it’s clear that Cameron’s strategy is not purely based on monetary returns. In fact, as Cameron describes, his 3D process may cost him 20% more than a post-production 3D process would cost. As Cameron is once again creating a 3D Pandora in epic proportions for The way of the waterthis cycle could repeat itself as other producers and directors become inspired by Cameron’s work.

The probability of the 3D renaissance will probably come down to the success of Avatar: The way of the water. The sequel has big shoes to come close to the success of 2009 Avatar or even other 2022 blockbusters like Top Gun Maverick. Avatar: The way of the water is likely to be a financial success if the success of the reissue is any indication. In light of Cameron’s analysis of 3D, it will be interesting to see whether those who will once again seize the 3D trend will heed what Cameron says and use native-authored 3D or succumb to the money-hungry fate of adding of 3D in post-production.

Read next: James Cameron has solved Avatar 2’s biggest problem (and why it will succeed)