Hellraiser Star Shares The Process Of Getting Into Pinhead’s Skin 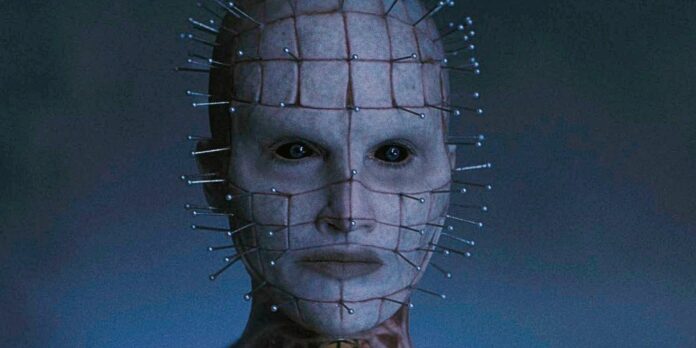 Hellraiser star Jamie Clayton describes how Pinhead’s iconic look helped her become a character. The upcoming movie, directed by David Bruckner, is a reboot of the original 1987 horror classic of the same name. Based on The Hellbound Heart by Clive Barker, Hellraiser tells the story of a group of supernatural beings from another dimension, called ‘cenobites’, who are summoned to Earth by a mysterious puzzle box.

The Hellraiser remake promises a bold new direction by casting a female actor as Pinhead, a traditionally male role. The decision was fueled mainly by Bruckner’s desire to pay tribute to the fearless and transgressive nature of the original. Hellraiser. Pinhead, the priest of the cenobites, was unnamed in the original novella. The nickname, later hated by Barker, was adopted by the crew, inspired by the character’s signature appearance.

Related: How and Why Hellraiser’s New Pinhead Will Be Different From the Original

In an exclusive interview with screen frenzy, Jamie Clayton reveals how impressed she was with the costume design and special effects created for her role Pinhead. She also describes how putting on Bruckner’s version of the Pinhead costume and makeup helped her build character. The actor explains:

Wild, from start to finish. The second time I saw the drawings by Keith Thompson, who did all the drawings and with whom David has worked before, I was completely impressed. I had no idea how they were going to do that. And then the Russells from Russell FX, Josh and Sierra, are incredible in the way they ran the whole thing.

Once I got the makeup on and the whole thing, it was a double-edged sword to get there mentally and then physically. The suit and the neck and the fit, it all helps me get there physically. But David and I had a lot of conversations about the priest’s intentions, and what she might be thinking or feeling in each of these different scenes with these different characters. We talked about it a lot so I was able to mentally prepare for the day like going through makeup.

Once the neck piece goes on, I kind of get into it. From the moment I step out of the makeup trailer, I’m really into it for the duration of the shoot. I’m just very quiet, and I isolate myself. I would really only talk to David while I was shooting, then Sierra in a corner.

Check Out:  Superman vs Black Adam Fight Is Planned As Long-Form Story

Why Hellraiser’s Cenobite Priest Is A Challenge To Play

Clayton’s outfit in the new Hellraiser pays tribute to the character’s original design, with blackened eyes, gray skin, and a bald head covered in needles. However, new elements and details add a modern twist that was praised by Doug Bradley himself, who played Pinhead in the film. Hellraiser franchise’s first seven episodes. He specifically expressed his approval for the added neck piece and named it “sexy” and “disruptive.” The character’s signature design expresses the dark and haunted relationship between pleasure and pain explored in the film, an approach that Hellraiser reboot seems to have understood and emphasized. That the design helped Clayton gain character only confirms his impression.

While Claytons perform in the Hellraiser reboot is already making waves, the look is vital to bring the character back to life. It’s no surprise that the costume was essential to the actor’s process of accessing the dark spots needed for the role. Clayton didn’t just prepare extensively to play Hellraiser‘s Pinhead, she had to undergo quite a physical transformation. Between the makeup required for the role and the dark character required for the performance, this is one villain that poses quite a challenge for anyone who steps into the role. Thankfully, it looks like Clayton was more than up to the task of the new one Hellraiser. The character’s updated physical appearance simultaneously connects viewers with Bradley’s famous portrayal, while also allowing Clayton to carve her own path as she introduces Pinhead to a whole new generation.

Next: The 2022 Hellraiser Could Make Up For Hulu’s Horror Movie Mistake