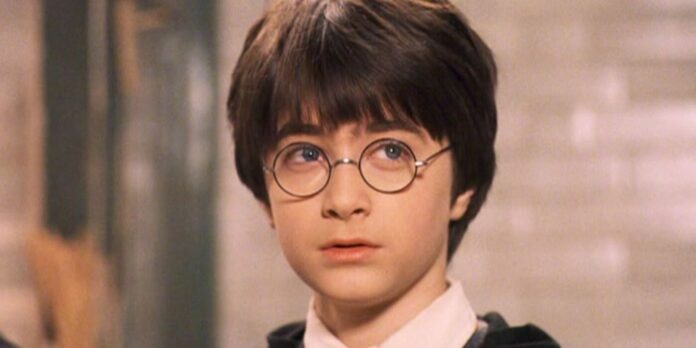 Daniel Radcliffe, widely recognized as the face of the Harry Potter franchise, says the director of the first two films inspired him the most while filming. Based on the hit series of children’s and youth fantasy novels by JK Rowling, Harry Potter movies started in 2001 with Harry Potter and the Philosopher’s Stone, directed by Chris Columbus. The director also stuck with the second film, before handing over the baton to Alfonso Cuarón for the third film. Mike Newell was in the director’s chair for fourth film Harry Potter and the goblet of fire, of Fantastic Beasts director David Yates packs the franchise with four more films. All films starred Radcliffe as the titular wizard, with Rupert Grint and Emma Watson completing the series’ magical trio.

Since the films wrapped in 2011, their legacy has spawned a new movie franchise, albeit admittedly much less successful. Harry Potter fans still remain heavily invested in the original film series, and the cast has often spoken about the effects the experience of filming had on their careers and personal lives. Since many of the movie’s stars essentially grow up on the set and have been in the movies for a decade from when they were kids, Harry Potter stars have maintained a close bond, with Draco actor Tom Felton speaking recently about his friendships with both Radcliffe and Watson.

In a video for GQ, Radcliffe talked about the many actors and crew members who have influenced him since his time Harry Potter. The franchise star cited the influence of several memorable talents over the years, including Imelda Staunton, Michael Gambon, David Thewlis and Gary Oldman. While Radcliffe stated that he learned most from the actors who could… “just chat with everyone and have a nice day, and then be able to put on an incredibly terrifying or intense performance,” he revealed that the director of the first two films, Columbus, was the biggest influence on his career. See why below:

Check Out:  Marvel Is Right To Wait On Black Panther 3

“I’m incredibly lucky to have had the opportunity to work with them all, but honestly, Chris Columbus is the person I think has had the biggest influence on me. When Chris came back for the twentieth anniversary reunion last year, he came to the studios, and there were people on the set running across the set to see this director that they hadn’t seen in twenty years, and they remembered him and he remembered them, and there are so few people. In the industry that can do that, that inspires people, as they really… the crews of the first Potter films would have followed Chris Columbus to hell. We just loved him so much and I think a lot of his enthusiasm for enjoying being on set is kind of where I get mine from and the reason I think I love the job so much , is not least thanks to him. ”

How Columbus laid the foundation for the Harry Potter movie franchise

Radcliffe wasn’t alone in feeling inspired by Columbus’ infectious energy, as many have credited Columbus’ genuine passion and enthusiasm as the reason those first two films successfully set up the rest of the franchise. When the Harry Potter movies began, there was no guarantee of the success of the expensive movies, despite the books’ lasting influence on pop culture. But Columbus was able to successfully translate the magic of the books onto the screen in a way that stayed true to the source material and adapted well to the on-screen format. With the high energy, joy and coziness that the first two films radiated, the franchise was able to transition into the dark tone of the later books with Harry Potter and the Prisoner of Azkaban organic, because they have already established a universe bursting with magic and love.

Radcliffe’s portrayal of his on-set experiences offers another reason why: Harry Potter remains so beloved in the public consciousness – those involved seemed to love it as much as the fans of the movies. The films 20th anniversary, which aired on HBO Max earlier this year, brought the cast and crew together for an emotional and heartwarming celebration of the films, with many acknowledging that Harry Potter will always be a big part of them. As the years go by, those nostalgic for the wizarding world can look forward to hearing from the cast who continue to remember their experiences while filming, as well as revisiting the movies streamed on Peacock.