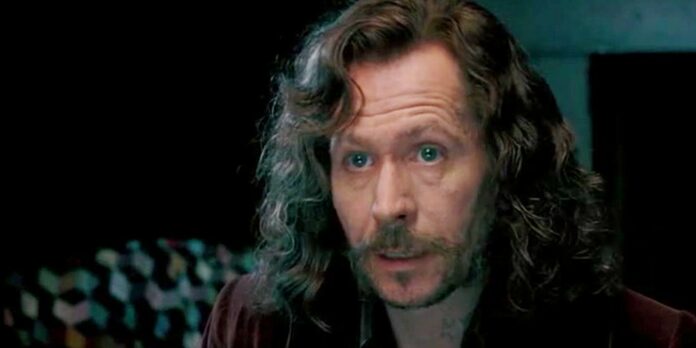 Harry Potter star Tom Felton recalls an awkward first meeting with Gary Oldman, in which he mistook the veteran actor for a member of the film’s cleaning staff. Based on JK Rowling’s wildly popular book series, the first Harry Potter movie was released in 2001. Harry Potter and the Philosopher’s Stone was a critical and financial hit, kicking off a franchise that now consists of 7 direct sequels and 3 spin-off films. Introduced in the first film alongside Daniel Radcliffe’s Harry, Emma Watson’s Hermione Granger, and Rupert Grint’s Ron Weasley, Felton played Draco Malfoy, a bully who constantly torments Harry throughout the franchise.

Harry Potter and the Prisoner of Azkaban, the third film in the series introduces another character from Rowling’s books in the form of Oldman’s Sirius Black, Harry’s godfather. Though Sirius was initially suggested as a possible villain, he eventually plays a major role in the film’s climax when Professor Remus Lupine (David Thewlis) turns into a werewolf. Sirius returns in Harry Potter and the goblet of fire and Harry Potter and the Order of the Phoenix, eventually dying during the climax of the last film. Even though they don’t have as much screen time as others Harry Potter characters like Dumbledore, Oldman’s Sirius is fondly remembered for acting as a father figure and mentor to Harry when the hero is struggling.

Related: How Did Sirius Black Buy Harry Potter The Firebolt? Is it a plot hole?

In his new book Beyond the Wand: The Magic and Chaos of Growing Up as a Wizard (as shared by Insider) Tom Felton recalls a rather embarrassing first meeting with Gary Oldman. Felton, who would have been a younger teenager at the time of the incident, recalls mistaking Oldman for a member of the film’s cleaning crew, even going so far as to congratulate him on the clean floors on set. Watch Felton’s recollection of events below:

“I was on set one day when I saw another slightly scruffy older guy wearing old jeans and a T-shirt. I’d seen him occasionally and I thought he was one of the cleaning staff. can I say He just had that look.

“It seemed like he was showing family and friends around. Bit weird for one of the cleaning staff. I had a terrible feeling that I might have made a mistake, so when he left, I asked someone, “Who is that?”

“I cringed in embarrassment when I realized I had mistaken him for the cleaner. I wanted to apologize – not that he would have actually given a monkey’s – but in the end I took the easier route of completely ignoring my mistake. and pretending “I knew who he was all along. In defense, for such a big star he had hardly any stars. He was humble and down to earth, he would probably make a cup of tea for everyone, instead of the room to play.”

Why Gary Oldman Was Perfect for Sirius Black in Harry Potter

Prior to joining the Harry Potter franchise in 2004, (and for his favorite turn as Jim Gordon in) The Dark Knight trilogy) Oldman was already an established actor and appeared in, among others, Air Force One, The Fifth Element, True Romance and Léon: The Professional. The actor was known for his roles as villainous characters, which made him the perfect choice for Sirius. Initial, Harry Potter and the Prisoner of Azkaban depicts Sirius as a ruthless killer determined to kill Harry, bringing the character in line with many of Oldman’s other roles. The revelation that Sirius is actually trying to protect Harry gets even more surprising.

In addition to Oldman’s penchant for villainous roles that make his turn as Sirius more satisfying and surprising, the light “scruffiness“, as Felton describes it, plays into his character. Sirius in Harry Potter is an animagus, meaning he can turn into a filthy black dog at will. The actor’s ability to appear both formidable and comforting, in addition to his physical features, ultimately makes his portrayal of Sirius in the Harry Potter movies are hugely watchable, and it’s impossible to imagine anyone else in the role.

Next: Tom Felton’s Recast Fear Would Have Ruined Harry Potter