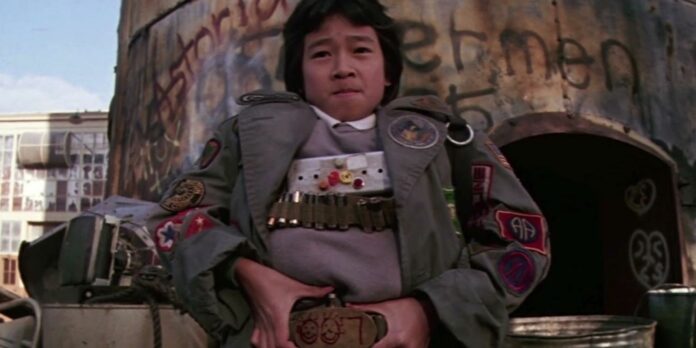 The Goonies star, Ke Huy Quan, recently took to social media to share his emotional return to the Warner Bros. set 36 years after filming the movie.

The Goonies star, Ke Huy Quan, recently took to social media to share his emotional return to the set after 36 years. His start as costar of Harrison Ford in Indiana Jones and the Temple of Doom in 1984 Quan returned to the big screen in the 80s hit, The Goonies. The actor played Richard “Data” Wang, part of a group of friends in the town of Astoria, Oregon, known as the Goonies. Known for his lavish personality and wacky gadgetry, Data helped his friend Mikey (Sean Astin) hunt for One-Eyed Willy’s long-lost pirate treasure.

After his role in The GooniesQuan struggled to maintain his Hollywood career. The actor soon found it difficult to find roles aimed at Asians and went to work behind the camera. After completing the film program at the University of Southern California, Quan worked in various productions around the world including a stunt rigger in Canada for X-Men (2000) and an assistant director for Wong Kar Wai on 2046. However, after the release of the wildly popular Crazy Rich Asians, Quan was inspired to return to acting. He was cast in a small role for the Netflix movie Finding ‘Ohana’a family adventure clearly inspired by The Gooniesand later got the role of Waymond Wang in the critically acclaimed Everything Everywhere All at once.

Related: The Goonies 2 Update Is A Relief (Just Leave It Alone)

After 36 years, quan finally returned to the production stage he originally filmed part of The Goonies and took to Instagram to share the moment. In the footage, Quan points to a plaque on the wall of Warner Bros. Stage 16, which lists notable films shot on the property. The Goonies. The actor admits that he got emotional when he came back after so many years. Check out Quan’s post above.

What’s next for Ke Huy Quan

Quan’s Return to Acting in Daniel Kwan and Daniel Scheinert’s Everything Everywhere All at once turned out to be a return to form for the actor. He has since been cast in a prominent role in the highly anticipated Loki season 2 and the upcoming Disney television series, American born Chineseof Everything Everywhere All at once costar, Michelle Yeoh. As more doors open for Quan following his recent stellar performance, fans have speculated whether he would reprise many of his earlier iconic roles.

Although there have been several attempts to goonies sequel, Quan admits that Data’s role is likely one he’ll never reprise. But as Ford will be donning its iconic fedora one last time in Indiana Jones 5, many have wondered if Quan would appear as Short Round. The actor previously admitted that he would be happy to return to the character if asked. After Ford and Quan’s touching reunion at this year’s D23, it’s safe to say the public would be interested in Short Round’s return to the franchise.

Next: Short lap was more important to Indy than Willie in Temple Of Doom