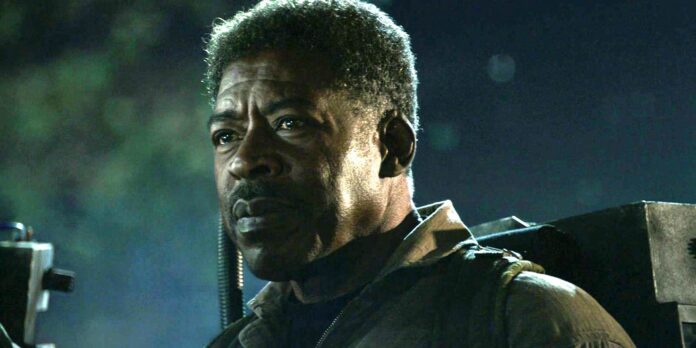 Just a few months after the new release date landed, Ghostbusters 4 got a promising script update from star Ernie Hudson. The upcoming movie will be a sequel to the 2021 one Ghostbusters: Afterlifewhich returned original stars Bill Murray, Dan Aykroyd, Hudson, Annie Potts and Sigourney Weaver, while also introducing Carrie Coon, Finn Wolfhard and Mckenna Grace to the franchise. Ghostbusters: Afterlife mainly revolved around the descendants of the original Ghostbuster Egon Spengler as they learn about his past while moving to the farm they inherited from him.

While speaking with ComicBook.com for his work in the Quantum Leap reboot, Ernie Hudson opened up about the highly anticipated Ghostbusters 4. The Winston actor confirmed that he has read “a versionof a completed script for the sequel, expressing his excitement at what’s to come from the next movie. Check out what Hudson shared below:

I did read one version. I’m pretty sure they’ve committed to doing another one. I am very happy with it, but I also know that this is still early. Jason has been incredible and I just love and appreciate him. I am so grateful to be able to work with him. So, I’m excited about it, but… I haven’t done anything and I never assume anything. However, I’m happy to have Ghostbusters in my filmography. And I’m just really happy when I see little kids two and three years old singing the song and being happy with it.

Related: Ghostbusters 5 Confirmation Is A Relief: Afterlife Deserves A Sequel

Everything we know about Ghostbusters 4

Conversations about a Ghostbusters 4 were already spinning well Ghostbusters: Afterlife‘s release, with co-writer/director Jason Reitman teasing plans for the 2021 film to relaunch the franchise. The sequel was set to be officially announced in April after the film came out and scored mixed to positive reviews from critics and was a blockbuster, grossing over $204 million against its $75 million production budget. Initially slated for a summer 2023 release, Ghostbusters 4 would later be slated for a Christmas 2023 release, with the story taking the action back to New York City.

In the months since the confirmation, it’s been largely silent about what to expect from the story or cast for Ghostbusters 4except for the setting and Reitman’s return. Ghostbusters: Afterlife star Mckenna Grace appears to have confirmed her return last October, expressing her excitement at returning as Egon’s granddaughter Phoebe, but noting that she hadn’t heard anything about the script’s progress. As the film returns to New York City, there are some expectations for the rest of the original cast to return for Ghostbusters 4namely as the end of Ghostbusters: Afterlife revealed that Winston bought their old fire station after becoming a wealthy entrepreneur.

This could become a problem, however, given Bill Murray’s recent controversies that have seen a variety of former co-stars including Quick change‘s Geena Davis and Saturday Night Live‘s Rob Schneider, have complained in the past about toxic behavior when working with him. Given Ghostbusters: Afterlife largely focused on introducing a new generation of ghost-fighting heroes, Murray’s absence could be an easy fix, though Reitman could still choose to bring Venkman back in the future. Only time will tell when Ghostbusters 4 opens in theaters on December 20, 2023.