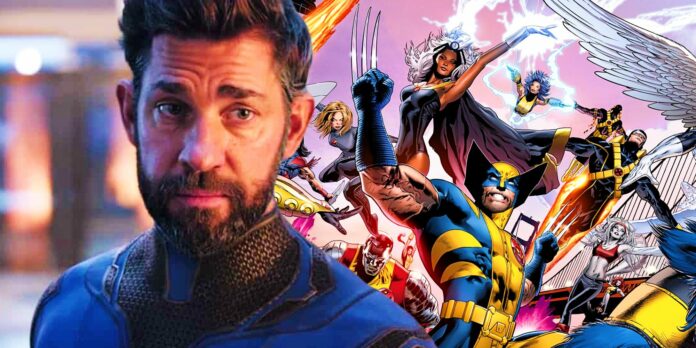 Of Fantastic four (2024) set at a pivotal point in the Multiverse Saga and no X-Men movie has been announced as of yet, the heroes of the Fantastic Four will be pivotal to Avengers: The Kang Dynasty. After 10 years in which the MCU had nothing but the Avengers and associated characters to build their franchise, Marvel Studios is now allowed to use mutants and the Fantastic Four. The MCU’s strategies regarding the introduction of the Fantastic Four and the X-Men, with the former happening much faster than the latter, are unclear.

Following Disney’s acquisition of 21st Century Fox in 2019, the addition of the X-Men and the Fantastic Four to the MCU went from wishful thinking to a soon-to-be-realized reality. Marvel’s Fantastic four was announced later that year, but no X-Men reveals followed. Three years later, Fantastic four has a director and writers with it, while an MCU X-Men movie has yet to be announced.

The MCU is already introducing mutants and visiting old characters from the Fox X-Men movies, but not much is known about the Earth-616 X-Men. Such a mystery regarding the MCU’s X-Men team suggests that Marvel Studios is taking its time to properly reboot the X-Men franchise and that mutants may not be a focus until after Avengers: Secret Wars. Should that be the case, then the role of the Fantastic Four in The Kang Dynasty and Secret Wars will be even more important, as they will bring a new dynamic to the MCU after the Infinity Saga focused solely on the Avengers.

Check Out:  Season Of The Witch Was A Hit

In a world where Disney never bought Fox and Marvel Studios was never allowed to use the X-Men and the Fantastic Four, Avengers: Endgame would have been almost impossible. The first 10 years of the Marvel Cinematic Universe have impressively created one of the biggest franchises in cinema history without some of Marvel’s most well-known characters. The X-Men, the Fantastic Four and Spider-Man, the latter of which joined the MCU midway through Phase 3, have been the mainstay of Marvel Comics for decades, but their movie rights were held by other studios because they were sold on the start. of the 90s.

As big as the MCU has become, with the Avengers as the number one superhero team and Marvel Studios’ flagship sub-franchise, it would never be complete without the X-Men and the Fantastic Four. The arrival of Spider-Man in the MCU in 2016 as a result of an unprecedented deal between Sony and Marvel Studios was a breath of fresh air for the MCU and made the last half of Phase 3 much more exciting. As the Infinity Saga culminates with Avengers: Endgamethere wouldn’t have been many options as to where to take the saga next if mutants and the Fantastic Four were left off the table.

Now that the X-Men and the Fantastic Four are finally available for use by Marvel Studios, the MCU could easily outdo Endgame. There are dozens of Marvel Comics stories that would never have been adapted to the MCU without those two teams, not to mention several villains like Doctor Doom and Galactus that Marvel Studios would never have been allowed to use. If the Infinity Saga saw Marvel expand the Avengers’ potential enough to support decades of movies, then the Multiverse Saga and beyond will have nearly limitless possibilities.

Related: So, How Does Spider-Man Fit Into The MCU’s Multiverse Saga?

Why Fantastic Four takes place before the X-Men

While both the Fantastic Four and the X-Men became available for Marvel Studios to use at the same time, Fantastic four already happening while there is no live-action X-Men related project except Deadpool 3has been announced so far. WandaVision director Matt Shakman will direct Fantastic Four after Jon Watts’ departure from the project, and the first from the MCU Fantastic four movie will be released on November 8, 2024. With Marvel’s Phase 5 slate already announced, it’s safe to assume there won’t be any X-Men movie will take place earlier Avengers: Secret Wars.

There are several reasons why Fantastic four happens before X-Men. The Fantastic Four has appeared in three films to date, the last of which was disastrously received in 2015. Unlike the Spider Man franchise or the X-Men franchise, de Fantastic four movies have never left a strong mark on pop culture. Two of those three Fantastic four movies were origin stories, and they all had Doctor Doom as the main villain. In comparison: the X-Men movie franchise went on for 13 movies, with the most recent, New mutantswhich will already be released under Disney in 2020.

Essentially, the Fantastic Four is currently more suited to an instant reboot than the X-Men. In addition, there is also a story challenge on how to introduce the X-Men to the MCU. There were several theories about how Marvel would bring the X-Men into a universe that has been around for over a decade, and while mutants like Namor and Ms. Marvel begin to appear, there is no mention of an X – Men’s team yet. Patrick Stewart’s return as Professor X in Doctor Strange in the Multiverse of Madness and Hugh Jackman as Wolverine in Deadpool 3 means the MCU is still not quite ready to move forward with the Fox X-Men movies and that the multiverse has not yet played a part in whatever the future of the X-Men team will be.

The X-Men and the Fantastic Four are what could set the Multiverse Saga apart from the Infinity Saga, but since the X-Men have yet to appear properly in the MCU, the Fantastic Four will have an even greater responsibility. If no Earth-616 X-Men team is established until 2025, the Fantastic Four will be the only new superhero team in the MCU, other than the Eternals and the super-villain team. Lightning strikes. The burden of being “something new” will fall on the Fantastic Four, and while the Avengers will always be a huge box office draw, audiences will be most interested in seeing those iconic heroes interacting with them for the first time. a wider Marvel universe.

The Kang Connection of Mr. Fantastic determines the role of Avengers 5 from The Fantastic Four

The Kang Dynasty and Secret Wars also indicate that the last half of the Multiverse Saga will be heavily focused on Fantastic Four. Kang The Conqueror is intrinsically linked to the Fantastic Four in the comics, and it has been established that Kang-Prime, aka Nathaniel Richards, is a distant descendant of Mr. fantastic. In fact, Kang was more of a Fantastic Four villain than an Avengers villain. The sci-fi aspect of Kang The Conqueror, one of Marvel’s brightest characters, makes him a perfect fit for the Fantastic Four, a superhero team that also likes to be at the forefront of technology.

In addition, an argument can be made that the 2015 Secret Wars is a story by Reed Richards and Doctor Doom. Although the MCUs Avengers 6, Secret Wars will probably be very different from the comics, it’s no coincidence that Fantastic four will be released so close Avengers: The Kang Dynasty and Avengers: Secret Wars. With the future of the X-Men still up in the air and the Avengers now rebuilding the team Endgamethe heroes of the Fantastic Four are out to steal the show in the Multiverse Saga.