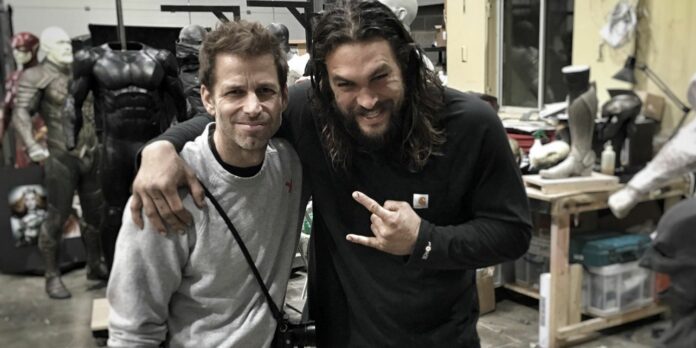 With the release of DC’s latest movie Black Adam, fans are once again rallying for Zack Snyder’s return with the hashtag #BringBackZackSnyder.

Warning! SPOILERS ahead for Black Adam.

After the release of Black Adam, DC Extended Universe fans are once again calling for Zack Snyder’s return to the franchise. Zack Snyder helped kick off the DCEU in 2013 with the release of Man of Steel. The DCEU followed suit by having Snyder also direct the sequel, Batman v. Superman: Dawn of Justice, which not only continued the story of the first film, but also attempted to build an entire universe of DC characters in the future. The next project Snyder signed up to direct would be 2017 Justice League, but due to a tragic personal loss, Snyder dropped out of the project to be replaced by avengers director Joss Whedon.

With the polarizing reception towards the final cut of the film from critics and audiences alike, fans took to social media to demand the release of Snyder’s original version of the film, kicking off the #ReleaseTheSnyderCut campaign. After years of campaigning from devoted Snyder fans and the support of the film’s cast, Warner Bros. Zack Snyder’s Justice League in 2021. However, with the more positive reception of Snyder’s version of the film and the ending that would spawn more sequels, fans were ready to get back to their social media accounts and continue their campaign with the hashtag, #RestoreTheSnyderVerse.

More than a year after Snyder’s version of the film was released, Snyder is trending again on Twitter following the release of DCEU’s latest film, Black Adam. With Henry Cavill returning to a post-credits scene as Superman, fans of his vision have revived their campaign with the hashtag #BringBackZackSnyder. Check out some Tweets above.

Is there any chance Snyder will ever actually return?

With Snyder’s devoted fanbase as vocal as ever before his return, many are probably wondering if it could really happen. They have already been able to achieve it once and it is clear that their passion for it has not faded. With plans for the sequel reportedly promising the villain Darkseid, and a darker story, there are ideas fans would find worth seeing on the big screen eventually. That said, DC has made it clear that they have no plans to continue the SnyderVerse. Snyder has also started making other movies and building his own unique movies on Netflix. Whether the continued requests from his fans will get additional films into production remains to be seen.

It’s also worth noting that Warner Bros. this time may not shy away from the demands of the public. Especially given the controversy surrounding many Snyder fans using social media as a means of attacking Warner Bros. executives, there may be more hesitation in retouching this part of the franchise, despite the fandom being back at it. However, with Walter Hamada recently leaving as DC Films president, and Henry Cavill’s Superman returning in Black Adam, it remains to be seen whether a new person in power in the studio wants to continue having ties to Snyder or not.

Next: When will The Rock return as Black Adam in the DCEU?

Check Out:  The Rock Has Turned The DCEU Into WWE
Share
Facebook
Twitter
Pinterest
WhatsApp
Previous articleThe Conjuring 4 Confirmed With Previous Writer Returning
Next articleThe True Story Of Till Explained (& What The Movie Leaves Out)