Every Song in the Bros Soundtrack 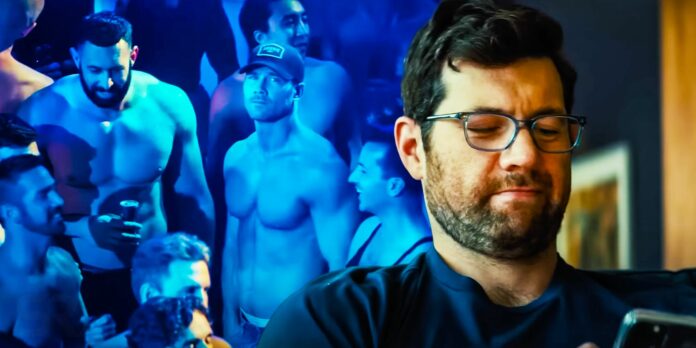 The LGBTQ+ romcom starring Billy Eichner, brothers has a soundtrack that is full of both hilarious and poignant music. brothers follows a cynical podcaster working to open an LGBTQ+ history museum in NYC, Bobby, who falls for an athletic lawyer who doesn’t want to be tied up, Aaron. From cheerful club music, to jazzy ballads, to moving original work, the brothers soundtrack perfectly underlines the love story.

The first LGBTQ+ romantic comedy from a major studio (Universal Studios), the brothers soundtrack features the work of many queer artists. For example, Orville Peck, Jake Wesley Rogers, and Joan Armatrading are all LGBTQ+ musicians featured in the soundtrack. Additionally, artists who have become a big part of the LGBTQ+ community spaces, such as Kylie Minogue and Mariah Carey, are featured throughout the film. brothers soundtrack.

RELATED: Was Abraham Lincoln Gay or Bi? Why Bros Suggests He Was

Additionally, brothers includes an original song written by Billy Eichner and Marc Shaiman and performed by Eichner himself: “Love is Not Love.” The tune is a moving song about Bobby’s struggles with commitment and the unique nature of queer relationships, emphasizing a distance from the idea that cultures should be homogeneous, moreover showcased by the diverse cast of brothers. Here’s every song in the brothers soundtrack, and when each plays in the movie.

“Love Is Here To Stay” by Nat King Cole – While Bobby explains that he likes to take a walk around town after a grinder hook-up, this jazzy tune plays while he does.

“We All Go Together (Kevin Saunderson X Latroit Remix)” – Inner City, Idris Elba, Kevin Saunderson and Latroit – This song plays in the background of brothers while Bobby and his friend, Henry, gossip at a nightclub.

“Heartbreaker / If You Should Ever Be Lonely (Junior’s Heartbreaker Club Mix)” by Mariah Carey – Mariah Carey’s remix plays when Bobby first meets Aaron in the brothers movie. Aaron says he doesn’t recognize the song and prefers country music like Garth Brooks.

“Dreams With a Broken Heart” by John Mayer – At the end of Bobby and Aaron’s first date, Aaron is invited to an intimate evening with a married couple. He invites Bobby over, and John Mayer’s song joins the… brothers soundtrack during the awkward sexual encounter.

“When I Fall in Love” by Nat King Cole – This song is about an intimate scene between Bobby and Aaron.

Love and Affection by Joan Armatrading – On a beach in Provincetown, Bobby talks about his lifelong struggle as a gay man. Bobby and Aaron then dance together at the sunset while Joan Armatrading’s song plays.

Santa Baby (written by Joan Javits, Anthony Springer, Phillip Springer) – Before Aaron and Bobby decide to become a monogamous couple, “Santa Baby” plays a comedy sex scene between them and two other men and Bobby ends up feeling uncomfortable with the situation.

“I Fly” – (written by Mark Charlap & Carolyn Leigh) – While Aaron’s family visits New York in brothers, Bobby takes them to a restaurant with singing waiters. One of the songs they sing is ‘I’m Flying’.

“We Go Together” (written by Warren Casey & Jim Jacobs) – This is another song sung by the singing waiters, especially awkward because it follows an argument between Aaron’s mom and Bobby about teaching queer history to kids.

“The People” from 1991 – After Bobby and Aaron split up after the argument between Bobby and Aaron’s mother, this 1991 song plays in a club when they first meet again.

“Turn To Hate” by Orville Peck – After Bobby ends things with Aaron seemingly forever, Aaron decides to pursue his dream of becoming a chocolatier, something Bobby always encouraged him to do. This one brothers song plays about a montage of him learning to make chocolate and opening his own chocolate shop.

Alive (Millenium Funk Mix) by Kevin Aviance – “Alive” plays during the opening of the LGBTQ+ museum.

“Love Isn’t Love” (written Billy Eichner & Marc Shaiman) – This is Bobby’s original song that he wrote for Aaron when they broke up. He sings “Love Is Not Love” to him when Aaron shows up at the museum’s opening. The song title references something Bobby says in his podcast early in the film, noting that LGBTQ+ romance and relationships aren’t the same as cishet relationships, and that’s okay. Bobby even wrote it in the style of Garth Brooks, because it’s Aaron’s favorite.

“Everybody’s Free (To Feel Good)” by Kylie Minogue – As Bobby and Aaron reconcile, they dance with their other friends to the Kylie Minogue hit at the museum’s opening.

“Hindsight” by Jake Wesley Rogers – “Hindsight” plays during the brothers end credits after the audience sees a scene set three months later when Aaron’s mom takes her 2nd grade to the LGBTQ+ museum and Bobby and Aaron are still happily together.

Next: Every Cameo in Bros Explained and What They Mean