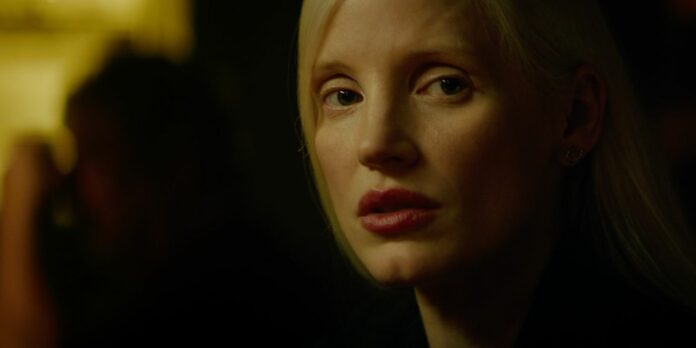 In a recent interview, actor Jessica Chastain recalled a hilarious prank she and the crew of X-Men: Dark Phoenix played on costar James McAvoy.

X-Men: Dark Phoenix marked the end of the X-Men prequel series of films that depicted the origins of the titular superhero group. Written and directed by Mr and Mrs Smith writer, Simon Kinberg, the movie stars Chastain as Vuk, the leader of a shape-shifting alien race who wants nothing more than to capture Jean Gray (Sophie Turner), a telepathic young mutant struggling with the powerful Phoenix Force growing inside her. Professor X (McAvoy) must capture the X-Men and reunite with his old enemy, Erik Lehnsherr/Magneto (Michael Fassbender) to save Jean.

While a guest on The Kelly Clarkson ShowChastain recalled a hilarious prank she played with McAvoy while filming X-Men: Dark Phoenix. While shooting a scene where Jean uses her powers to lift Professor X out of his wheelchair and direct his body so that he “walks” up a large staircase, Chastain coordinated with Kinberg to play a prank on McAvoy while he was attached to the wiring harness needed for the stunt. Read what the actor said below:

“We were shooting X-Men and… [McAvoy is] Professor X, and he’s in the wheelchair — he’s on wires — and at one point he’s being lifted up. He does the scene. It’s okay, and I planned this with the director. The director said, ‘Last shot. Please do it again.’ So they lift him up, and he pretends to be lifted up by this magic… and all of a sudden the “Macarena” starts playing. And the guys holding the wires made him dance the Macarena… There’s no pinnacle. I think it was the best.”

X-Men: Dark Phoenix Marked the End of an Era for Marvel Characters

Although the cast appeared to have enjoyed themselves on set, the audience did not view the film in a favorable light. With an incredibly low 22% rating on Rotten Tomatoes, the lowest of any movie in the X-Men franchise, X-Men: Dark Phoenix marked the end of the main X-Men franchisee. However, following Disney’s acquisition of 21st Century Fox, the X-Men could be given a new lease of life under Marvel Studios in the ever-expanding Marvel Cinematic Universe.

Several mutants have appeared in the MCU since the merger, including Professor X (Patrick Stewart) and Kamala Khan/Ms. Miracle. Namor the Sub-Mariner (Tenoch Huerta) becomes the third confirmed mutant when he in Black Panther: Wakanda Forever. Of Deadpool 3 now released under Marvel Studios, and with the return of Hugh Jackman as Logan/Wolverine, there’s a good chance the X-Men will really make their MCU debut. although X-Men: Dark Phoenix An era before the superhero team ended, the public may be on the precipice of a mutated rebirth.

Next: MCU Officially Uses “X-Men” In Canon: What It Means