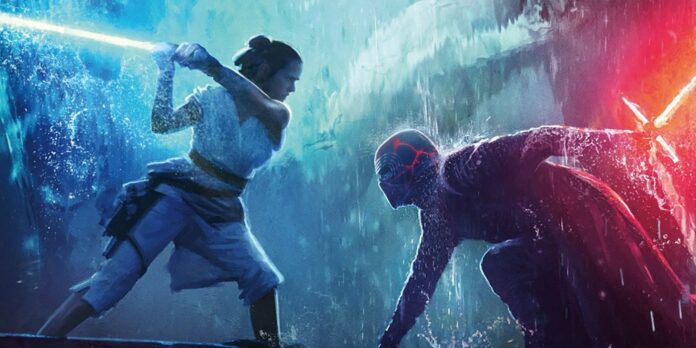 A new report suggests that Damon Lindelof’s Star Wars movie will take place after The Rise of Skywalker and could potentially feature returning characters.

Shortly after it was announced that Damon Lindelof has a new Star Wars movie new details about the project have been released. After the release of Star Wars: The Rise of Skywalker in December 2019, Lucasfilm struggled to get a new Star Wars movie from the ground. While Patty Jenkins Rogue Squadron was set for release in December 2023, the film was pulled from the release schedule due to creative differences.

It was recently confirmed that Lost creator Damon Lindelof was working on a new one Star Wars movie for Lucasfilm. Lindelof and Lucasfilm raised Mrs. Marvel director Sharmeen Obaid-Chinoy to help usher in the project. No details about the film were revealed, but many assumed that Disney and Lucasfilm were aiming to release the film in December 2025, as they have already set a date for a Star Wars movie.

More details about Lindelof’s upcoming Star Wars project have been revealed as: The Hollywood Reporter mentions that Lindelof’s story allegedly takes place after The Rise of Skywalker, but it’s not a continuation of the Skywalker Saga. The article mentions that the upcoming movie could feature some returning characters from the sequel trilogy and, while intended to be a standalone story, the door is open for more movies if it’s a hit with critics and audiences alike. While Lucasfilm’s original plan was to develop new trilogies, the studio appears to be focusing on standalone projects.

What Happens After the Rise of Skywalker

The news that Lucasfilm is a… Star Wars movie after the sequel trilogy is certainly an interesting development. For the most part, the franchise has explored the era between the prequels and the original trilogy with projects like andor, or in the next five years Return of the JediLike with The Mandalorian. Lucasfilm is also developing the acolyte for Disney+ that will take place outside of the Skywalker Saga during the High Republic era. Looks like Disney and Lucasfilm are planning to take Star Wars into unexplored areas, both past and future.

A story that takes place after Star Wars: The Rise of Skywalker will certainly raise some questions about which characters will return, if any. Actors like Oscar Isaac and John Boyega have hinted they’re done with Star Wars for the foreseeable future, but there are plenty of other characters that could make an appearance. The story could be about Rey and her efforts to rebuild the Jedi Order or a bigger role for Rose Tico, who many believe was unfairly sidelined in the final film. A safe bet are also characters that don’t require actors, such as BB-8 or Babu Frik. If the next project really takes place after The Rise of Skywalkercould it be a chance to win back the public disappointed by the latest entry in the Skywalker Saga and a new future for the Star Wars franchisee.

Next: The Most Exciting Star Wars Project Hasn’t Really Been Talked AboutSource: THR