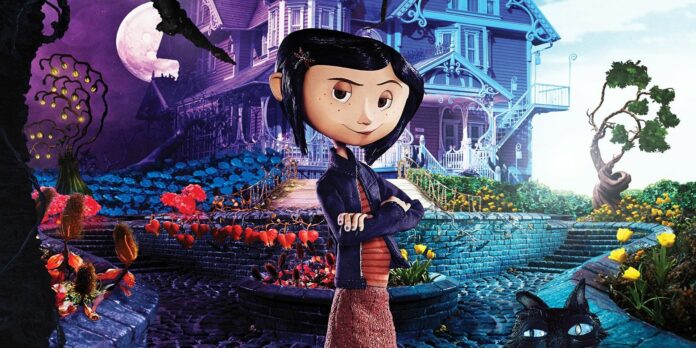 Coraline and Wendell & Wild Director Henry Selick blames Pixar’s John Lasseter for canceling his stop-motion film The Shadow King. Stop-motion animation is a meticulous form of filmmaking that has become less common since the advent of computer animation. Today, Laika is the leading animation studio still producing stop-motion films. After their feature film debut with Selick’s Coralinethey have continued to invest in stop motion productions despite a history of less than great box office numbers.

In addition to Laika, Walt Disney Pictures has also done their best in producing stop-motion features, although not that often. So far, the studio has made only three such films; The nightmare Before Christmas, James and the great peach, and Frankenweenie. All three films involved the talents of surrealist colleagues Tim Burton and Henry Selick. After his success with CoralineSelick was approached by Disney to make an original film with stop motion, The Shadow King, but a series of production costs and other issues caused the film to be shelved. Since then, Selick has remained silent about his failed film and has moved on to other films.

In an interview with The Hollywood Reporter, Selick sat down to discuss his Netflix feature Wendell & Wild when the subject of The Shadow King came up. It turns out he puts most of the blame for it on Pixar’s John Lasseter, who by then had become the head of Walt Disney Animation. Selick has a long history with Lasseter and other Pixar contributors as they attended CalArts together, and while acknowledging that Lasseter was just doing his job, he named him because the public never got a chance to see his work. Coraline follow up. Check out what he had to say below:

They showed Coraline at Pixar and everyone liked it, and they offered me a deal to make a stop motion movie… It had to be for a much lower budget than the CG movies. Stop motion movies have never been more successful than major CG movies. However, the best stop motion movies live forever. And, as we see at Nightmare, making billions from merchandising… [John Lasseter] really couldn’t support my view. He thought he could make it better. And so we kept on changing and changing and changing… In short, John Lasseter couldn’t help it. He tried to make it Disney-fy until the budget went through the roof. It was shut down, and I was a bit down, not sure if I was going to make another movie.

Will Henry Selick ever complete The Shadow King?

Footage from The Shadow King has been leaked online, revealing that some production was completed before it was canned. With the animation landscape changing and Selick’s Wendell & Wild Getting rave reviews, there’s a chance major studios will take another shot at the art form. Although it seems unlikely that The Shadow King being revived at Disney doesn’t mean Selick can’t revive the film elsewhere. In fact, since much of the film was already finished, the creative team would have a head start.

if Wendell & Wild turns out to be a hit, Netflix could be a viable option to explore to finally wrap up the project. Now that the streaming service has proven to still be receptive to stop-motion animation, there’s at least some hope that the film will see the light of day someday. However, without additional updates to The Shadow Kingit may take some time to figure out if the finished product will ever appear on screens.

Next: How The Nightmare Before Christmas Almost Had A Different Villain