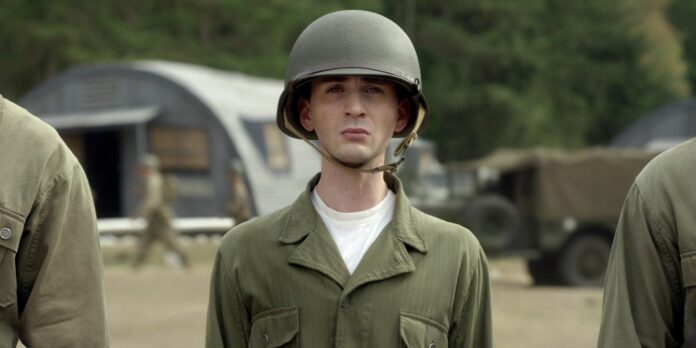 The MCU’s skinny, pre-serum Steve Rogers was almost played by Succession’s Jeremy Strong, though he turned down the part to seek other roles.

Jeremy Strong almost starred in pre-serum Steve Rogers Captain America: The First Avenger. Steve Rogers (Chris Evans) was introduced to the Marvel Cinematic Universe in 2011 with his solo film, which began a trilogy for the character. A classic origin story, Captain America: The First Avenger saw Steve emerge from humble beginnings in the 1940s to become a war hero. A core aspect of his character that defines the way he sees the world and his responsibilities is the fact that before he got super soldier serum, he was short in stature and had several health issues, which made him a prime target for picking. and underestimated.

Although pre-serum had Steve Evans’ face in the film, a body double was used before the character’s transformation. The body double in question was Leander Deeny, whose face was then covered in Evans’ using CGI. Although Deeny’s face never appeared in the film, he remained an essential part of the character throughout Steve’s MCU run. However, before Deeny was chosen to play pre-serum Steve, Jeremy Strong, who plays Kendall Roy in succession, was reportedly being considered for the part.

Related: Captain America 4 Is More Important To The Future Of The MCU Than You Think

During a conversation with The times, Strong discusses the difficulties he faced getting into the industry, including the difficult decision to turn down a role in a Marvel project, Captain America: The First Avenger. He came close to playing Steve’s pre-Captain America body. Check out what the actor has to say below:

“They told me there was a top secret movie about Captain America… They needed someone to play Captain America’s young body before he turns into a superhero. They said they needed a transforming actor and they would use CGI to put the face and voice of the real actor over mine. I was broken. I needed money. I’ve considered it. But that’s my story about LA. It would just never happen here for me. It didn’t feel like what I had to offer was appreciated. And the next day I went back to New York and did a play about an Afghanistan veteran in a wheelchair during the blackout of 2003.”

How Jeremy Strong Revived His Career After Turning Down Marvel

While the MCU wasn’t the behemoth it has become in 2011, it was probably intimidating for Strong to turn down a major franchise role, however small, when he started out. Despite the inherent fear of passing a job while broke, Strong clearly made the right decision by making the call to focus on opportunities that appealed to him more. The actor’s experiences on stage paid off as he began to star in stark dramas based on historical events such as: lincoln, Zero Dark thirty, and Selma. His success in those roles led to Strong being cast in Adam McKay’s The big short, who paved the way for his Emmy-winning turn in succession.

Strong’s role catalog shows that he has a specific idea of ​​the parts that appeal to him, and he looks for those opportunities. His wealth of stage experience has given him the ability for intensity and dramatic acting that has been perfectly translated into his succession character. While saying yes to Marvel over a decade ago wouldn’t necessarily have hurt his career, it may have slowed down the trajectory that got him to where he is today. Lucky for fans of succession, Strong doesn’t seem to share his character’s insecurity. His story of rejecting the dual role of the body in Captain America: The First Avenger reflects many ambitious stories of actors who once struggled and who continued to have faith in what they could bring in the face of career hurdles, and serves as an interesting snack for fans of the film.