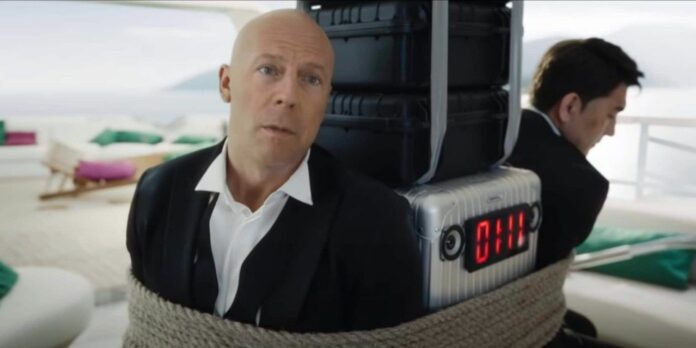 After retiring from an aphasia diagnosis, Bruce Willis becomes the first Hollywood star to sell his likeness for deepfake use.

Bruce Willis becomes the first Hollywood star to sell his image for deepfake use. Willis is known for his various film and television roles over the past 40 years, starting with his breakthrough appearance on the ABC series moonlight in 1985. It wasn’t long after that before he debuted in 1988 as iconic action hero John McClane die hard, later reprising the role for four sequels. In the later years of his career, Willis starred in many low-budget direct-to-video releases.

Earlier this year, his family announced that Willis had retired from acting after being diagnosed with aphasia. The neurological disorder affects a person’s ability to read, listen, and speak, which especially affects an actor as he has to memorize and recite lines. While many assumed Willis’s diagnosis and subsequent retirement meant audiences would never see the actor on screen again, that may not be the case with the advent of deepfake technology.

According to The Telegraph, Willis has become the first Hollywood star to sell his likeness. The actor has officially transferred his rights to Deepcake. The US company may have a “digital twin” by Willis for on-screen use.

Will Bruce Willis star in movies and TV via Deepfake technology?

Using modern deepfake technology, Willis appeared in a 2021 commercial for the Russian telephone service MegaFon. The actor appeared in the commercial without ever being on a set and his face was digitally transplanted onto another performer. In a statement, Willis expressed how happy he was with the progress of the project as it gave him a “chance to go back in timeAside from that commercial, it’s unclear whether Deepcake has full control over Willis’ likeness, or whether his estate has the final say on how it will be used in the future. With Willis’ career coming to an end, this may be a way for the actor to stay somewhat active in the future.

As deepfake technology has improved in recent years, there have been growing ethical concerns about recreating someone’s likeness on screen. While some see it as a nice way to remember beloved actors, others believe it is disrespectful to one’s legacy. In Willis’s case, the actor has given his go-ahead to see where this might go, so maybe there’s no cause for concern. The potential of the technology has already been demonstrated by the Star Wars franchise in Rogue One, The Mandalorianand Boba Fett’s book. In a similar vein, it would be possible for a digital twin of Willis to grace the screen as John McClane in a new die hard movie. For now, Bruce Willis has ventured into uncharted territory and it will be interesting to see where this leads.