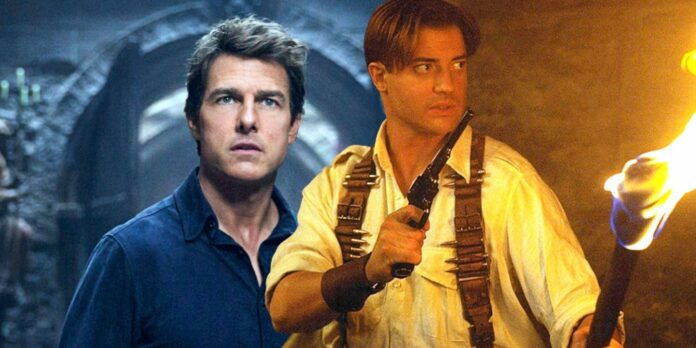 Brendan Fraser gives his take on why Tom Cruise rebooted from the mummy hadn’t succeeded. Released in 1999, Stephen Somers’ the mummy introduced the audience to Fraser’s intrepid adventurer, Rick O’Connell. The film received somewhat mixed reviews from critics, but was a box office hit and was eventually followed by two sequels, including The mummy returns in 2001 and The Mummy: Tomb of the Dragon Emperor in 2008. Although none of the films in Frasers mom trilogy struck a chord with critics, audience response, especially to the first two, has been very positive, and the films are still fondly remembered.

After lying dormant for almost 10 years, the mummy franchise was brought back to life in 2017 with a film from director Alan Kurtzman. The reboot, starring Cruise as mercenary Nick Morton, was a critical and commercial flop, making only $410 million worldwide and falling far short of expectations. The film follows Morton and his partner when they accidentally wake up Ahmanet (Sofia Boutella), an ancient Egyptian princess determined to make the world feel her wrath. the mummy reboot would kickstart Universal’s Dark Universe of monster movies, featuring characters like Russell Crowe’s Dr. Jekyll, but plans for an ambitious cinematic universe were scrapped after the film’s failure.

Related: How Much Of The 1999 Mummy Is Really Real?

In a new interview with Variety, Brendan Fraser shares his thoughts on Tom Cruise’s the mummy film and offers an explanation as to why it may have failed. With the reboot taking on a much scarier and more serious tone, Fraser believes an important element that was present in his own mom movies were lost in the process. Watch Fraser’s full commentary below:

“It’s hard to make that movie. The ingredient we had for our mama that I didn’t see in that movie was nice. That was what was missing in that incarnation. It was too much of an outright horror movie. The mummy should be a thrilling ride, but not terrifying and scary. I know how hard it is to make it happen. I’ve tried it three times.”

Promoted more as an action-horror movie, Cruise’s reboot ultimately felt like it had little in common with Fraser’s mom movies. While removing the crazier tone was certainly an intentional creative choice, the decision only made the film’s heavy-handed universe build and subsequent story problems all the more apparent. As Fraser suggests, the original is mom movies felt more like light-hearted adventures with scary moments, making them easy to watch and more family-oriented fun.

If it hadn’t been solely responsible for setting up Universal’s entire Dark Universe, Cruise’s the mummy probably would have been more effective. Even with its more serious, horror-oriented tone, the film features some impressive stunts and action sequences, and it could potentially have created its own successful space in the franchise that was separate from Fraser’s lighter and less scary mom movies. While the 2017 reboot isn’t all bad, it certainly left a lot to be desired, and Fraser’s comment confirms that, in his view, fun is the biggest ingredient when it comes to making a successful mom movie.