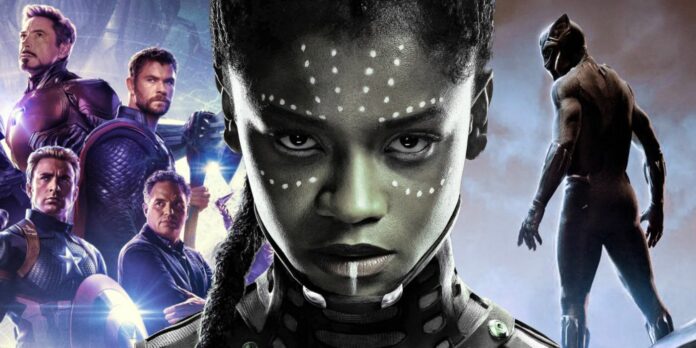 Black Panther: Wakanda Forever’s long running time makes it the longest film in Phase 4. This is critical to the film’s overall success.

Black Panther: Wakanda ForeverThe official runtime announcement is a big relief, and it’s excellent news for the MCU’s latest Phase 4 project. The sequel to Black Panther is expected to be one of the most important films Marvel Studios has made to date, and it has high hopes. With Chadwick Boseman’s untimely passing, someone else will take on the Black Panther mantle to secure the franchise’s future expansion, and much depends on choice.

The current running time for Wakanda forever stands at 2 hours 41 minutes, according to Marvel, making the sequel the second longest film in the MCU. With three new MCU superheroes being added to the movie, it’s sure to be an event like any other Phase 4 movie, Spider-Man: No Way Home. Several recent movies including Doctor Strange in the Multiverse of Madness and Thor: Love and Thunder have suffered from being shorter than previous entries in their respective franchises, so a longer film will help move the story forward, especially as it transitions into Phase 5.

The death of King T’Challa will be a major plot in Black Panther: Wakanda Forever. The fact that it balances out other storylines, such as the Ironheart and Namor introductions, along with Wakanda’s war with Atlantis, justifies the long running time. There will be a lot to discuss, as the film will pay tribute not only to T’Challa, but also to Boseman, and plenty of time should be given to treat this respectfully. The next Black Panther will also be confirmed, and the rumors suggesting it could be Shuri would explain why the character is at the center of promotional material. This is a lot for one movie to handle, but running for nearly three hours will go a long way in making this a pivotal MCU movie and effectively portraying all of the above.

As the longest movie in Phase 4, the Black Panther sequel needs longer run time because other recent MCU movies were too short. This has become a problem with the public because not enough time has been given to tell the stories, and that affects the performance of how they turned out. With upcoming projects such as the rumored Okoye spin-off and iron heart, more time should be given to set them up. The movies should start executing their stories well now that longer, more in-depth stories are being told on Disney+. This shift in focus to longer series could affect how the films are received.

Most movies that close out an MCU stage tend to have longer run times, such as: The Avengers. Both ant man and Spider-Man: Far From Home had a respectable amount of time to tell their story. Phase 4 ends with Black Panther 2, so it has to set up the coming phases. If the film is pivotal to Marvel Studios and the future of the Multiverse Saga, then it needs to be longer to ease the transition. Sequels are usually longer, and Black Panther: Wakanda Forever will expand the world of Wakanda along with the franchise.