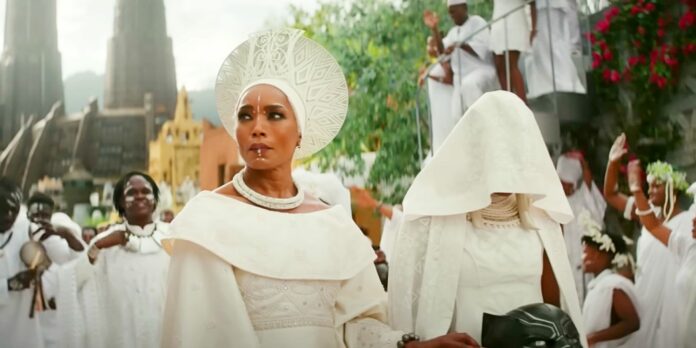 Boseman, who was first introduced as T’Challa in Captain America: Civil War in 2016, tragically passed away in 2020 after battling cancer. Rather than recast T’Challa’s role, the decision was made for Black Panther: Wakanda Forever about a year after the death of the Wakandan king. While T’Challa may be gone, trailers for the movie have already teased that a new character has taken the mantle of the Black Panther in his place. In addition to the same superhero action that fans of Marvel have come to expect, Black Panther: Wakanda Forever trailers have also made it clear that the film will be an emotional affair, with T’Challa’s funeral featured in several clips.

Related: Black Panther 2 Trailer Could Explain Where Mutants Have Always Been

In a recent interview with Variety, Black Panther: Wakanda Forever costume designer Carter reveals that the white clothes that Shuri, Ramonda and the other Wakandans wear during T’Challa’s funeral scene are actually a recall to the first film. In Black Panther, T’Challa travels to the Ancestral Plane to visit his late father, who Carter says was a major inspiration behind her approach to the sequel’s funeral costumes. Watch Carter’s full commentary below:

In the ancestral plane, when T’Challa wakes up and sees his father, he’s wearing white. White is a color worn at many funerals in Africa – it’s either bright red or it’s white – and we chose white because it connects us to Chadwick, to T’Challa.

Carter’s comment about honoring T’Challa seems to be representative of Black Panther: Wakanda Forever As a whole. While the film will introduce Tenoch Huerta’s Namor to the MCU and advance the overarching story, it also seems dedicated to acting as a closing chapter and the beginning of a new era. Boseman’s T’Challa quickly became a fan favorite after his several MCU appearances and while many fans feel the role should have been recast Black Panther: Wakanda Foreverthe sequel can honor everything the late actor brought to the character, while also preserving and maintaining a sense of hope for the future.

It remains to be seen how successful Black Panther: Wakanda Forever will pull off this delicate balancing act, but the film is already going to be one of the most emotional MCU entries yet. While many may be disappointed that T’Challa wasn’t recast Black Panther‘s sequel, the introduction of the multiverse to the MCU means the franchise can honor Boseman while also keeping the door open for other versions of T’Challa in the future. With Carter’s revelation that Black Panther: Wakanda Forever‘s funeral scene honors an early moment for Boseman’s T’Challa, it’s likely the rest of the film will feature other subtle callbacks and references.

Next: Black Panther 2 Could Make Sokovia Accords Even Worse