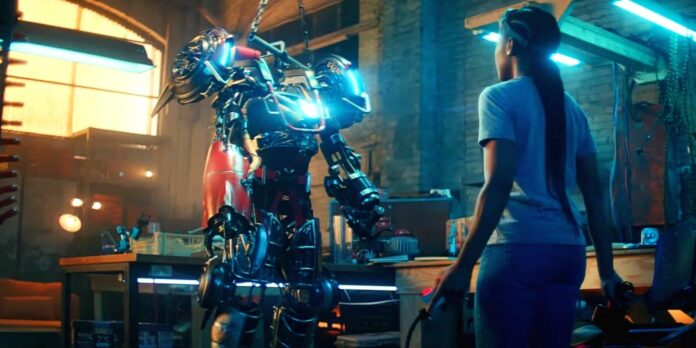 A Closer Look At Riri William’s Ironheart Armor In A New Black Panther: Wakanda Forever video. The highly anticipated film will be released on November 11 and will conclude with Phase 4 in the Marvel Cinematic Universe. Directed by Ryan Coogler, the Black Panther the sequel returns to Wakanda after the late Chadwick Boseman’s death of T’Challa and introduces the next Black Panther.

As a new era begins in Wakanda, the MCU will expand as well. Black Panther: Wakanda Forever will introduce several key characters to the franchise, including Namor the Sub-Mariner, played by Tenoch Huerta, and Riri Williams, played by Dominique Thorne. Riri first appeared in Marvel Comics in 2016 as a 15-year-old MIT student who designed her own version of Iron Man’s armor and became the superhero Ironheart. The Black Panther: Wakanda Forever trailer revealed that the movie would show Riri making her Ironheart armor.

Now, a new video reveals a look inside Riri Williams’ Ironheart armor. The short video is an advertisement by Target featuring newly released footage showing Riri working on her armor and showing the public its best yet. In these new images, the Ironheart armor looks more like an exoskeleton than full armor, but it still has the iconic arc reactor and repulsors seen on Iron Man’s suits. Watch the short video above.

What will Ironheart’s role be in the MCU?

In the comics, Ironheart is inspired by Iron Man, and eventually Tony Stark endorses Riri’s path as a superhero. This link to Iron Man could mean big things for Ironheart’s role in the MCU. Iron Man by Robert Downey Jr. was the heart of the MCU’s Infinity Saga, and because of its link to Stark in the comics, it seems likely that Ironheart will continue Iron Man’s legacy in the future phases of the MCU. This could be challenging for Thorne’s Ironheart to fill such big shoes, but it could also allow the franchise to discover new stories it hasn’t done before, similar to how The Falcon and the Winter Soldier explored how Sam Wilson (Anthony Mackie) was influenced as a black superhero by stepping into the mantle of Captain America.

After the appearance of Ironheart in Black Panther: Wakanda Forever, Thorne will reprise the role in the Disney+ series iron heart. The six-episode series is slated to hit the streaming site in late 2023 as part of the MCU’s Phase 5. Plot details for iron heart haven’t been released yet, but viewers may have a better idea of ​​what to expect after Ironheart’s MCU debut in Black Panther: Wakanda Forever.

Next: Does Ironheart Have Hulkbuster Armor? Black Panther 2 Tease Explained