Black Panther 2 Is Most Important Movie Marvel’s Made, Says Feige 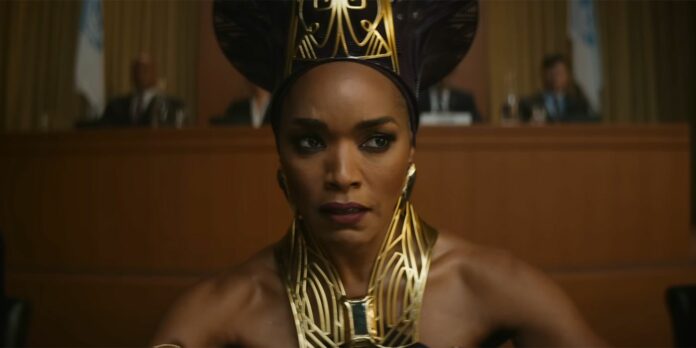 Marvel boss Kevin Feige makes a surprising claim about Black Panther: Wakanda Forever – namely that the film is the MCU’s most important yet.

Marvel Studios’ President Kevin Feige Shares That Black Panther: Wakanda Forever is the most important film they have ever made. The new film is a sequel to the big blockbuster of 2018 Black Panther, starring the late Chadwick Boseman as T’Challa, King of Wakanda. Boseman passed away tragically in 2020, much to the shock of fans and loved ones alike. As result, Black Panther: Wakanda Forever was reshaped to act as a tribute to both Boseman and his character; T’Challa has passed away by the time the sequel airs.

Black Panther: Wakanda Forever finds Queen Ramonda (Angela Bassett) and Princess Shuri (Letitia Wright) facing their grief after the death of T’Challa, while dealing with the arrival of a new threat, Namor (Tenoch Huerta), from the hidden undersea kingdom Talokan. Expectations are quite high for Black Panther: Wakanda Forever for its position as both the sequel to one of the MCU’s most successful solo films and a tribute to a much-loved actor. It remains to be seen what audiences will think of the new movie, but behind the scenes, the folks at Marvel Studios already have a pretty strong sense of how the movie came about.

Related: Wakanda Forever’s Biggest Mystery Is HOW There Will Be Another Black Panther

In a recent featurette about Black Panther: Wakanda Foreverpublished by miracle, the full weight of the meaning of the sequel can be felt. While much of the video focuses on returning writer/director Ryan Coogler, Feige kicks it off with a rather bold statement about Black Panther 2. He says:

We’re all convinced that this feels like the most important movie we’ve ever made. That’s what every crew member focused on every day, and none more than Ryan Coogler at the helm of it all.

Why Black Panther 2 is Marvel’s Most Important Movie

Black Panther: Wakanda Forever is important for many reasons. For one thing, it comes from a very human feeling: sadness. The film will pay tribute to Boseman and T’Challa in a beautiful way and give both the public and those who knew the actor a chance to mourn him well. Coming out at a post-pandemic moment when so many people have lost someone close to them in the past two years, Black Panther: Wakanda Forever will likely resonate with viewers in a move. Marvel fans have had many opinions about how the studio should have dealt with Boseman’s passing, to the point where some may have wondered about the future of the Black Panther franchise depends on the reception to Wakanda forever. That attaches great importance to this one film.

On top of that, Black Panther: Wakanda Forever stands as the sequel to a critically acclaimed film. The first film broke through the barriers at the box office and became the first comic book film to be nominated for best picture at the Oscars. Therefore, many will be looking for Wakanda forever to see if it matches – or even exceeds – the high quality of the original Black Panther. Ultimately, it comes down to how viewers feel about the work of Coogler, Feige and the rest of the Marvel creative team.