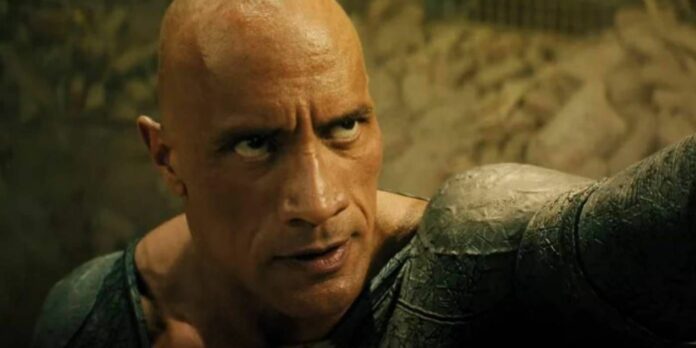 Dwayne Johnson, who will bring DC hero Black Adam to life in his next film, says one of his signature WWE moves could make its way into the film.

Black Adam star Dwayne Johnson teases that one of his iconic WWE moves could make an appearance in the superhero movie. Johnson was in talks to play Black Adam in the DC Extended Universe as early as 2014, originally associated with the Shazam! movie starring Zachary Levi considering the comic book history of the characters. However, Shazam! remained a solo origin story, with producers deciding to give Johnson’s Black Adam his own movie in 2017. Since then, the COVID-19 pandemic and rewrites have delayed production, but viewers will finally be able to see Johnson as the antihero character this month.

Directed by Jaume Collet-Serra, Black Adam will also star Pierce Brosnan as Doctor Fate, Aldis Hodge as Hawkman, Sarah Shahi as Adrianna Tomaz and Noah Centineo as Atom Smasher. Written by Adam Sztykiel, Rory Haines and Sohrab Noshirvani, the film will follow the origin story of the titular hero Teth-Adam once he is released from a 5,000-year prison sentence and strives to seek justice in the modern world. With the same superpowers as Shazam attached to a morally gray protagonist, Black Adam is expected to shake up the DCEU, with Johnson teasing a massive shift in the power hierarchy.

In conversation with Fandango All access, Johnson also teased that at least one of his trademark moves will be present in Black Adam. In particular, he said a WWE staple that has since become a signature of his acting career could be making a comeback. Check out what Johnson had to say below:

“There could be [the People’s Eyebrow]. slightly. Slightly.”

One of the most successful wrestlers-turned-actors, Johnson went from a college career in football to World Wrestling Entertainment, following in the footsteps of his father and grandfather. As a professional wrestler, his most famous ring name was The Rock, and he became so popular that he became known as ‘The People’s Champion’. Johnson’s move into acting may have been surprising, but he was prepared. In addition to performance skills, wrestling conditioned Johnson for stunt work, physical training, and action scenes. Because he’s mostly kept a toned-down version of his WWE persona for many of his roles, such as Luke Hobbs in the Fast & Furious franchise, Johnson has also kept his signature move “The People’s Eyebrow”, which makes it appear in certain roles to the delight of audiences.

Johnson went on to star in an extensive lineup of films, including: Jungle Cruise, Jumanji: Welcome to the Jungle, San Andreas, Moana, a few installments in the Fast & Furious franchise, and Red notice. His start in WWE established a built-in fan base, which has only grown since he became one of the most recognizable stars of modern Hollywood. Crucially, as theater attendance begins to decline, Johnson has the ability to fill theaters and achieve strong box office draws. This trait is still strong according to recent box office projections showing that Black Adam can more than double Shazam!‘s numbers, which will be a big advantage for DC when Black Adam has been released.