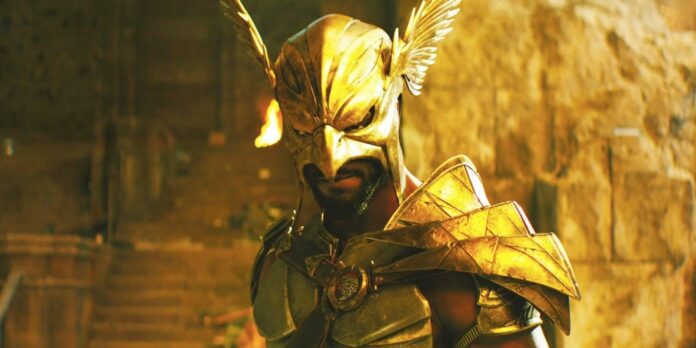 Aldis Hodge, who plays Justice Society’s Hawkman in Black Adam, reveals that he was only told about Superman’s return shortly before the premiere.

Black Adam star Aldis Hodge reveals that he only learned about Henry Cavill’s return as Superman shortly before the premiere. The film, the latest in the DC universe, introduced Dwayne Johnson as Black Adam, a former slave from Kahndaq who was given Shazam’s powers and then imprisoned for 5,000 years. When he is released in modern times, he faces off against the Justice Society, a group of heroes led by Hawkman (Hodge), who try to convince Black Adam to abdicate and stop using his powers for destruction. .

Though the film questions Black Adam’s morality as he weighs in on whether he really wants to be heroic, the film’s mid-credits sequence teases a much more overtly villainous turn. This comes when his character meets Superman, played by Cavill, as he returns to the role properly for the first time in five years since 2017. Justice League. This is the beginning of an eventual battle between the two characters, which will reportedly last over the course of several films.

Recently, THR sat down with Hodge to discuss his role in Black Adam. They couldn’t resist asking him about that bubbly Superman cameo, and the star made a surprising reveal. The filmmakers hid Cavill’s cameo so well that Hodge didn’t even know it until a day or two before the film’s premiere. He shared that”I think it’s great that we got to experience it together with the audienceRead his full quote below:

[I learned about Superman’s cameo] pretty close to the premiere. They kept that completely hidden, and I didn’t know until maybe a day or two before the premiere. So they kept it so close.

[I was not aware of their plans] not at all. There was no talk of bringing back Superman and all that. They have to keep those things in a super vault, so all you can do is focus on trying to make Black Adam the best you can. So you hear things and you get ideas, but nothing is ever confirmed or said completely. And honestly, I dig that because it was a huge surprise for me, and I love that we got to experience it together with the audience. The fans have been trying to get Henry Cavill back in red and blue for a minute now, and DJ was the perfect person to get him back. It just doesn’t get any better.

Does Superman Have a DCU Future Outside of Black Adam?

Until now, there have been many uncertainties surrounding the return of Cavill’s Superman. In addition to revealing that the conflict between Superman and Black Adam will take place over several films, Cavill has expressed an interest in the role of “many more years to comeHowever, no firm commitments have been made as to which future titles the character will appear in, although the rumor mill is swirling now more than ever. With DC Studios now under new management thanks to James Gunn and Peter Safran, the franchise is setting its sights on a long story, and all signs so far point to Cavill’s Superman being involved in some way.

There is a telling hint that the future of Cavill’s Superman may extend beyond the… Black Adam movies and in a potential Man of Steel 2 or further. The fact that Liam Hemsworth is replacing Cavill as Geralt of Rivia in The Witcher Season 4 seems to imply that Cavill has signed a long-term contract with the DCU. Although that news the fans of The WitcherDCU enthusiasts will almost certainly want to rejoice at the possibilities it offers.