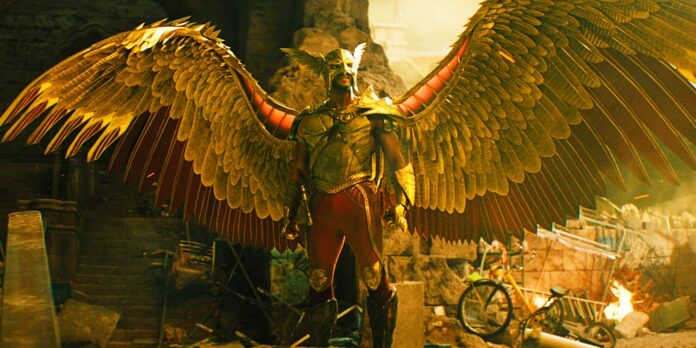 Black Adam editor Michael L. Sale shares his intriguing ideas for a Justice Society spin-off film. Black Adam has been a huge success for DC grossing over $250 million worldwide, as well as introducing a ton of exciting characters and potential storylines to explore in the future. The JSA stood out as not only compelling heroes, but also a new team for the franchise to potentially focus on the future.

In a recent interview with screen frenzy, Sale reveals what he would like to see in a possible JSA spin-off film. Sale shares his interest in exploring each character’s backstories and digging into the JSA as a whole. He also has a fascinating idea of ​​bringing back Doctor Fate by drawing inspiration from: guards and delve into other eras of the JSA.

Can the JSA maintain their own movie?

The JSA is poised to become a major player in the new DCU as an impressive team of heroes with mysterious ties to Amanda Waller. Sale’s idea of ​​exploring not just each team member’s backstories, but the story of the JSA as a whole has a lot of potential. Revisiting the JSA through different time periods opens the door to digging into different iterations of the group through a whole new way of storytelling and could be an answer to some of the Black Adam‘s biggest lingering questions. With so many options and a memorable introduction to the recent movie, it’s easy to see how the JSA could easily support their own movie aside from Black Adam.

If the DCU invested completely in the JSA, the franchise could delve into the Cyclone and Atom Smasher lineage through Red Tornado and the original Atom Smasher, while also revealing where the team has been all along. This could also be the perfect opportunity to bring back Pierce Brosnan’s Doctor Fate and further develop his relationship with Hawkman. Black Adam. The idea of ​​Sale introduces a lot of stories to potentially mine the JSA through each member’s origin and the beginning of the team itself.

Next: Is the Justice Society replacing the DCEU’s Justice League?