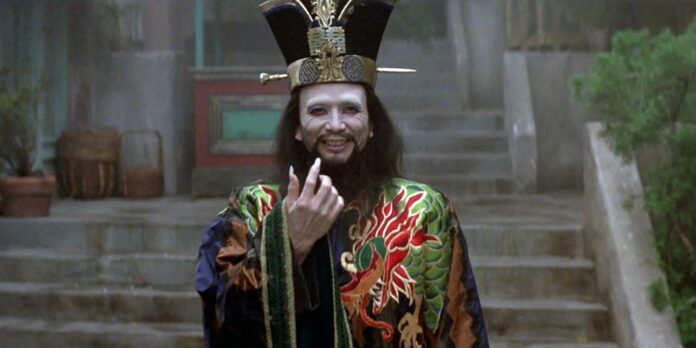 Dwayne Johnson has tried to get a Big Trouble in Little China reboot, on which Lo-Pan actor James Hong shares his opinion. The Rock wasn’t shy about his desire to bring life back to the Kurt Russell-led genre-defying film, which came out in 1986. John Carpenter’s original Big Trouble in Little China followed Russell’s character Jack Burton and his wild adventures in and around San Francisco’s Chinatown. The action revolves around Burton and his friend Wang Chi (Dennis Dun), and their efforts to find and rescue Chi’s green-eyed fiancée Miao Yin (Suzee Pai) after she is kidnapped. The kidnapper, Lo-Pan, did this to marry her, as his curse indicates that he must marry a woman with green eyes in order to retain his immortality.

Although he had his hands full Black Adam Johnson has been pining for this reboot for a while, though there’s been a lack of details about the potential reboot since it was first announced in 2015, other than describing it as a sequel rather than a remake. Though Carpenter was blunt in his response to the project, Russell, with whom Johnson worked, said Furious 7 and The Fate of the Furioushas expressed its support for a new Big Trouble in Little China movie, even if he doesn’t come back for it. Now another actor from the cult classic is sharing their two cents on the film.

In a recent interview with ComicBook.com, Big Trouble in Little ChinaLo-Pan star James Hong shared his thoughts on Dwayne Johnson’s reboot in development. While he expressed his feelings that the original should be left alone, he did share an interest in appearing for the film in a unique way. Check out what Hong shared below:

Without Lo Pan? How dares he. [Chuckles] Well, I think they should leave the classic alone. However, I’d love to reappear in the new one and do something spiritual, like Star Wars where the characters come back and do some sort of deferred payment. Obviously, because let’s admit Lo-Pan is a big part of that first one, so how can you forget about him?

Will The Rock’s Big Problem In Little China Reboot?

While Johnson is one of, if not the biggest name in Hollywood right now, this passion project of his doesn’t seem to be getting any real traction. The word first came out in 2015 about the Johnson-led Big Trouble in Little China reboot, but producer Hiram Garcia has admitted that he’s encountered problems on the legal side of the film’s reboot. That said, this doesn’t seem to be just a pipe dream as Johnson and Garcia have ideas of where to run the reboot. Since they are both fans of the film, it is clear that they want to continue the film in the same way as Jumanji: Welcome to the Jungle, allowing the original film to stand on its own, as they pay tribute and pave their own path forward. Given Johnson’s success Jumanjic reboot and the subsequent sequel, this seems like a good idea for those who are also hesitating about a Big Trouble in Little China follow up.

It is safe to assume that the Big Trouble in Little China reboot is a long way off as Johnson is one of the busiest men in Hollywood, namely because he has now made his way to the DCEU with Black Adam and is also put together Jungle Cruise 2 for Disney, two Red notification sequels for Netflix and Rode at Prime Video. Since Carpenter is also largely against the concept, it may take a while for Johnson and his group to convince the original director to allow them to make the follow-up. But now that Hong is interested in returning to the fold, one can hope that Johnson’s Big Trouble in Little China can live up to the legacy of its predecessor.