Benedict Cumberbatch Did Rewrites On His Doctor Strange 2 Variant Scenes 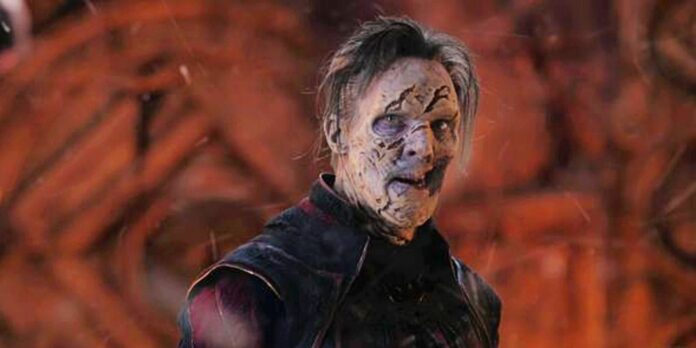 Benedict Cumberbatch recalls rewriting some of his variant scenes in the Sam Raimi-directed Doctor Strange in the Multiverse of Madness.

Benedict Cumberbatch rewrote some Doctor Strange variant scenes in Doctor Strange in the Multiverse of Madness. The Sam Raimi-directed movie continued the wizard’s story in the post-Infinity Saga MCU. In the movie, Doctor Strange, he met a young hero, America Chavez, and went up against Wanda Maximoff, who embraced her villainy as the Scarlet Witch.

After subtly setting up the multiverse for a while with projects like Loki, What if…? and Spider-Man: No Way Home, Doctor Strange in the Multiverse of Madness really delved deeper into the concept. That included further using the concept of variants as first established in Loki introducing different versions of the God of Mischief from other realities. Seeing Doctor Strange encounter and even fight variants of himself was one of the most interesting aspects of the blockbuster. Meanwhile, Scarlet Witch also got in touch with a variant of her while trying to find a universe where she can be with her and Vision’s sons, Tommy and Billy, permanently.

In a new interview with Prestige Online, Cumberbatch recalls how Doctor Strange from the Sacred Timeline with Sinister Strange evolved with his help. Apparently he took it upon himself to rewrite it, and luckily both Raimi and Doctor Strange in the Multiverse of Madness‘ writer, Michael Waldron were supportive of his input. Read Cumberbatch’s full quote below:

I had to write some of those scenes… I suggested it should get darker at some point. There was once a slightly more saccharine version and I’m very happy with the way it evolved. Sam Raimi loved it so much and Michael Waldron really supported me to write it too. We turned a very minor fight between the two into a kind of very bizarre and inventive battle at that point. I loved it. For example, the original was thrown at me way back when Scott Derrickson was still working with us: Strange would meet versions of himself. It was something I wanted to delve into. We could have gone even further, and maybe it will in the future.

Doctor Strange in the Multiverse of Madness was one of the most highly anticipated projects in Phase 4. Between Raimi’s Marvel return and the exploration of the multiverse, fans understandably had high expectations. Unfortunately, Doctor Strange 2 received mixed reviews, with many disliking how Wanda was treated in the film. But it would be hard to find anyone who didn’t like Stephen Strange’s fight with Sinister Strange. The series was supposed to be short, luckily it got longer due to Cumberbatch’s intervention. Although Scarlet Witch is considered the villain of the story, the battle between the wizard and his misguided variant was arguably the best one-on-one fight in the film.

While Doctor Strange is expected to be a major player in the MCU’s Multiverse Saga, it has yet to be revealed when and where he will resurface in the MCU. Doctor Strange in the Multiverse of Madness ended up meeting Clea played by Charlize Theron as they go on a multiverse mission. The Doctor Strange 2 post-credits scene clearly states what’s next for the wizard, but Marvel Studios has not confirmed when the inevitable Doctor Strange 3 movie will be released. But when it finally does happen, hopefully it can play further with the idea of ​​variants.