Avatar Officially Earns More Money Than Any Other Movie Ever 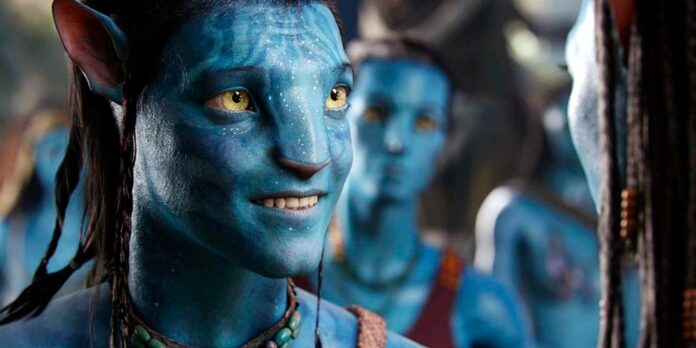 James Cameron’s Avatar has now passed another box office milestone, becoming the first film ever to exceed $2.9 billion at the worldwide box office.

Avatar has now crossed $2.9 billion at the worldwide box office, the first film in history to ever do so. First released in 2009, James Cameron’s Avatar would go on to become the highest-grossing film of all time. The epic science fiction/fantasy adventure film tells the story of Marine Jake Sully (Sam Worthington) as he joins forces with the native inhabitants of an alien moon called Pandora to fend off an army of human invaders. The success of the first Avatar led to four green-lighted sequels, with the first, Avatar: The way of the waterto be released later this year.

Though it didn’t take long Avatar to become the highest-grossing film of all time upon release, the film has not kept that title without stiff competition. in 2019, Avengers: Endgame surpassed Avatar at the worldwide box office, earning over $2.79 billion. After a re-release in China in 2021, however, Avatar again took the title back, reaching a total of $2.8 billion. Prior to the release of Avatar: The way of the water in Dec, Avatar was re-released in theaters to generate hype and re-introduce audiences to Pandora and the story of Jake and Neytiri (Zoe Saldaña).

Related: What Does Success Really Mean for Avatar 2? Is $2 Billion Enough?

As a result of its recent re-release in theaters, Avatar has now passed another historic milestone at the box office, with The numbers reports that the film has now passed $2.9 billion at the worldwide box office. The staggering total includes $779 million domestically and $2.13 billion internationally. Despite the title of highest-grossing film of all time, AvatarThe domestic total remains only the fourth highest behind that of Spider-Man: No Way Home, Avengers: Endgameand Star Wars: The Force Awakens.

How will Avatar 2’s Box Office compare to the original movie?

Of Avatar: The way of the water comes 13 years after the release of the original avatar, it was unclear whether the public would still be interested in returning to the world of Pandora. Although there are still many questions, the success of Avatar‘s recent re-release suggests that audiences are still very much invested in the franchise and Cameron’s epic story. Despite interest remaining high, a recent report predicts that: Avatar: The way of the water will earn $650 domestically, an impressive feat, but still about $123 million less than the first film’s original domestic total.

Even Avatar: The way of the water perhaps not reaching the same heights as the original film, it’s important to note that the theatrical landscape (and moviegoer behavior) has evolved a lot since 2009. Now that audiences are thinking more carefully about which films are worth the trip to the cinema, Avatar: The way of the water has an uphill battle to convince audiences that it is a worthy theatrical experience. With the original Avatar records continue to break and now within the reach of $3 billion, however, it is clear that one should never underestimate the lingering appeal of Cameron and the world of Pandora.